Organ Donation The Gift of Life and Sight 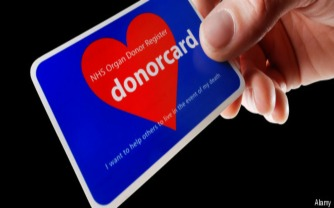 August 6th has been declared as Organ Donation Day by the Times of India, in a progressive initiative to spread awareness, clear myths and share inspiring stories related to organ donation. Why this is important, is because in India thousands die, in need for critical organs, which could have saved their lives if it required organ had been obtained from a donor.

Many people suffering from heart, lung, kidney or liver failure can be saved ,through organ donation.

What is important to know is that while kidneys & livers can be donated from one living individual to another – a person can survive with one good kidney and a 1/4th of his liver, which will regenerate itself within 6 weeks, lung and heart trans- plants need the organ to be harvested from a deceased or brain dead person (a cadaveric transplant) within a certain time span after death. A small town Neemuch in Madhya Pradesh, is leading by example where donating “corneas” is a matter of pride. Till date around an amazing 4000 eye donations have taken place in this small town – a trend that was started in 1975 when a freedom fighter SK Garg became the first eye donor of Neemuch.

Many blind children & adults in India would be able to see if they just received the cornea from the eyes of a person who has passed away: in India –the fear and myths related to afterlife prevent people from pledging their “corneas” or other organs…and therefore there is a huge shortage of organs and a long waiting list for people needing ones …. So awareness creation through Organ Donation Day is a step forward in the right direction to inspire people to give the “gift of life and sight” to some- one in need.