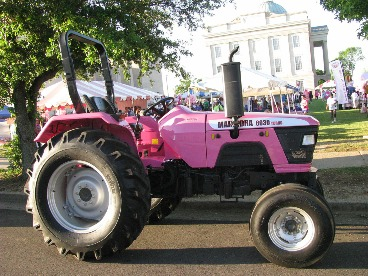 India can take pride in the fact that its automobile industry is continuing to grow and flourish beyond wildest hopes on the international market, despite the struggling state of its economy. A recent report explained how 3 cars made exclusively in India for the Indian markets alone were now finding markets around the world – the Ford Figo, Suzuki Ertiga, and Toyota Etios – 3 made in India cars being driven in Indonesia, Brazil, South Africa, and other nations as a result of India’s growing car export industry. India’s exporting of cars is not knew – its exporting of ‘Made in India’ cars is.

And not just cars – homegrown Mahindra & Mahindra Ltd. has begun to experience huge success in the tractor business it has started in the US and around the world – recently becoming the largest tractor producer of tractors globally, and second largest in the US. The popularity of ‘Made in India’ vehicles continues to increase internationally, as locally too, the industry is booming. Detroit was once the car capital of the world – now Chennai makes more cars – with a number of foreign automobile giants like BMW, Mercedes, Volkswagen, etc., establishing production plants there and all over India. India is becoming the world’s new producer and market for cars – that is something that will revolutionise the country, the industry, and the world.