Who Are the Hezbollah? 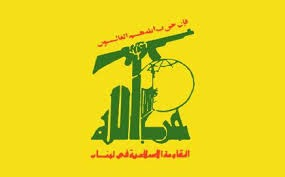 Last week, the European Union finally decided to label the Lebanese Hezbollah as a terrorist organization , after years of persuation by the US and Israel, both of whom have called it that for a long time. Well, technically, the EU have only called the military wing of the organization ‘terrorist’, clearly stating that it will not obstruct its political or humanitarian activities. So, what is this organization – both terrorist and humanitarian in the same breath? Who are the Hezbollah?
The Hezbollah was started during the horrific 15-yr-long Lebanese Civil War as a militia that was started to represent the Shia minority of Lebanon during the conflict. They grew in power and influence in the 1980 as a homegrown resistance to the Israeli invasion of South Lebanon (full of Shias), as the Israel-Palestine conflict spilled into Lebanon. They were a fighting force for the people, working to drive out the Israeli invaders and the PLO, and return South Lebanon to its people. After the war, like all warriors, they became a bit terrorist in their nature of operations, with a complete anti-Israel agenda, and pro-Shia aims. However, to give them credit, they never tried Islamise Lebanon, and their terrorist activites were very limited, and restricted largely to Israel or regional wars – they never had any ‘Global Jihad’ agenda like al-Qaeda – although they have been implicated (not proven) in a number of attacks on the Jews around the world.

On the other hand, they have become a powerful political organization and social service provider – they run schools, hospitals, agricultural centers and provide the Lebanese with many imporant social services. They now also form an essential part of Lebanon’s fractious government. So – yes, they have facilitated some of their methods are very questionable. But unlike the Taliban, whose origins were very similar, they have not en- forced harsh rule or beliefs on the people of Lebanon, and they are essential to keep Lebanon running normally. Their military wing is not separate, so that formality does not make sense, and if the EU turns them into an enemy, then they are a force more powerful than the Lebanese army itself. They have power over the Shia masses of Lebanon, we must, under no costs, risk returning to the state of horrible civil war it was in for 15 years. So they are a dangerous powerful enemy but a valuable ally to the Lebanese government – you tell me, if you were the President, what would you do?