V-Day: Remembering Those Who Fought 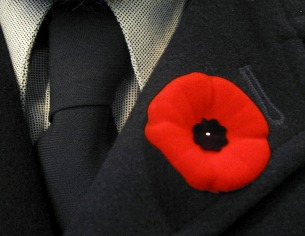 Over the years you may have seen on TV during matches and telecasts in November, a red ribbon or a red paper flower (called a poppy) pinned to the lapels and jerseys of cricketers, soccer players and world leaders. This red ribbon pinning peaks around 11th November and marks V-Day which is a memorial day to the bloodies war in history and marks the day World War 1 ended in 1918. The V does not however stand for Victory, it stands for Veteran’s Day and honours the soldiers who laid down their lives in the futility of war. In Britain the day is known as Remembrance Day – to remember the soldiers who lost their lives.

It marks the bloodiest battle of WW1 the “Battle of the Somme” which lasted for 4 months and in which over 1 million soldiers lost their lives. The battle ended on 18th November 1916. It signifies that we should remember that to never again make the mistakes we made in the early years of the 20th century when in the race for power millions of human lives were sacrificed. V Day is there to remind us that war is the worst expression of our species and will be the ruin of us if we do not learn.