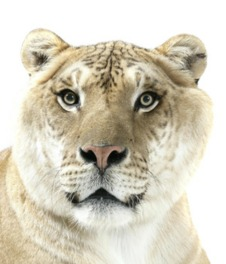 Hercules is actually a liger….what’s a liger ????? It’s a hybrid between a tigress & a lion. .. and are considered to be the world’s largest ‘cats’. The 10 feet long liger, Herules has been named the world’s biggest cat by the Guinness book of world records . It weighs a massive 418 kgs – impressive.