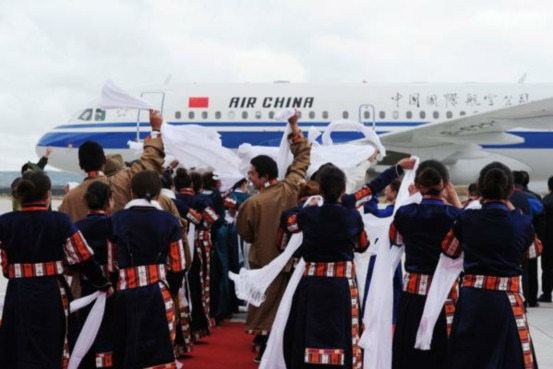 This week, the Chinese government inaugurated the world’s highest commercial airport in Garzi, Tibet. At 4, 411 meters high, it beats the previous record of 4, 334 meters, held by another Chinese airport – the Bangda Airport in another part of Tibet – and set a new world record. Already many are rushing to fly into or from the Daocheng Yading Airport – which will start operating from Monday. Its not small either – it has a runway of 4200 meters – very large for an airport at that height. But its not the world’s highest airport per se – that title goes to the Daulat Beg Oldie airstrip in Ladakh, India – where the Indian army landed a Super Hercules (see Issue 13).