Angela Merkel Back On The Throne 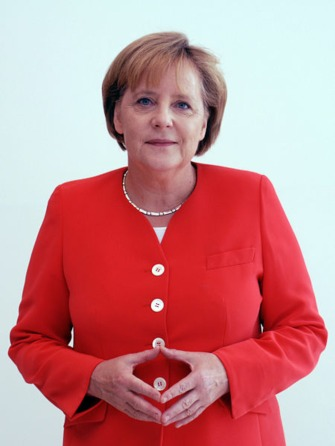 Yes, “The Chancellor” is back; and her return to power was more convincing a victory than any of her previous wins. On Monday, Angela Merkel (our first ever Leader to Know) won her third term as Chancellor of Germany, returning after 8 years in office from 2005 – 2013, and set for 4 more – that is one seriously long term. The biggest surprise is that she won by a landslide – one of the biggest margins ever in a German election….but wait up – this is not a German political briefing. No, because she has returned not only to is not the throne of Chancellor of Germany, but also the throne of ruler of Europe.

Described by many as the de facto head of the European Union, and by Forbes as the second most powerful person in the world (after Obama) – you bet this is important. ‘Why’ is the first question that comes to mind – why are German elections so important? Because Germany is the biggest economy in the European Union, and the one of the most powerful countries in the continent – its policies determine what happens to most of Europe, a very troubled place at this moment. Europe has been through a very difficult phase in recent years – economies failing, debts rising – countries facing unbelievable unemployment rates.

The southern countries, like Greece, Portugal and Spain, are facing debts and unemployment worse than most African countries – Europe is in the middle of an economic crisis. And Ms. Merkel has been Chancellor through most of this crisis. There are 2 opinions on her handling of the European situation – one that she has handled it well, and will continue to do so; the other that she has handled it fine – but not been able to solve the crisis – so new policy is needed. So her election, judging from the margin of the victory, is popular among the German people, but 50-50 with Europe.

It must be said to her credit that she has followed a policy to help Europe while keeping Germany above risk – the crisis could have been worse but for her – she has kept the union from disintegrating; but can she continue to do so. Europe is only worsening, world politics is getting more and more intense – Germany may need a change of policy to deal with all this – Germany’s “Iron Lady” maybe the one to provide that. The world has learnt the danger of over powerful German leaders – but what Europe, and Germany, need right now is a strong leader – and Merkel might just be that.

References: The Economist, The New York Times, The Guardian