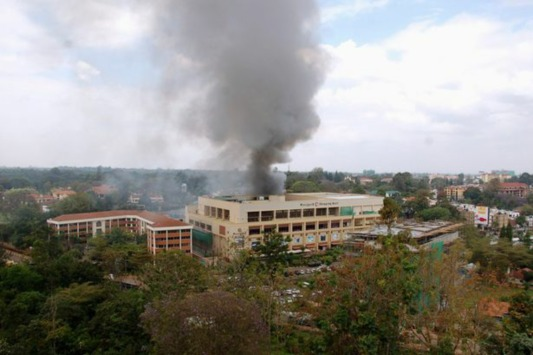 Last week, Nairobi, Kenya witnessed one of the worst terrorist attacks in the last couple of years – surprising in one of Africa’s most peaceful cities, with no history of terrorism. It can perhaps be explained by the very odd fact that the militants had nothing to do with Kenya – the attack was claimed by Somali terror group al Shabab – part of their demand for an end to American presence in Somalia; its unusual and cruel that they dragged Kenyan civilians into this ongoing conflict. Over 60 innocent people were killed, and many more injured, in a very bloody, terrible attack akin to the 26/11 attacks in Mumbai – a civilian area was targeted, in this case, a mall – and innocent citizens were held hostage for 4 days before Kenyan security forces defeated them and rescued the hostages.

An interesting anecdote is that of a 12-year old hostage boy, who went up to one of the terrorists and called him a ‘bad man’, after seeing him shoot a family member. The terrorist let the boy go free after that – allowing him to take any other children he wanted – and leave the mall. Hostages report that the terrorists largely let children go – telling all who were in the building to leave. Odd.