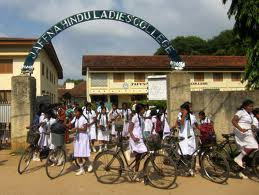 Jaffna, one of the world’s most troubled hotspots, sits right at the foot of India, in northeast Sri Lanka. It was the center of the horrific Sri Lankan civil war, which raged for 27 long years before the Tamil terrorist organisation LTTE (Liberation Tigers of Tamil Eelam) was defeated and its leader, Prabhakaran, killed in 2009. The Northern province of which Jaffna is the capital is the center of the Lankan ethnic Tamil population, and also of the age-old communal strife between Tamils and Sinhalese in Sri Lanka. The country, is populated with both ethnic Sinhalese, original Buddhist inhabitants of the island, and ethnic Tamils, migrated from South India.

In the 1980s, communal violence between these 2 groups was it at its absolute worst, and it resulted in the formation of the LTTE terrorist organization, fighting for an independent state for Tamils in and around Jaffna, and starting the civil war. The war was worsened by Indian interference, in the one case of hasty, unnecessary military action in the history of Indian foreign policy, when it sent a peacekeeping force to ensure that the LTTE gave up its arms and also ensure peaceful elections. It failed because the Indians, instead of negotiating, decide to attack the LTTE, and finish them off – the terrorists fought an intense war with the peacekeeping force for many months – emerging victorious against the world’s third largest army.

After the Indian army left, the stand off between the Lankan military and the Tigers continued for years, peppered with assassinations, including one Indian Ex-PM, before the Sri Lankan President Rajapaksa launched a brutal military assault that destroyed the LTTE – but left the Lankan economy, crippled and weak. Now, this terrible place, ravaged by war, terrorism, communal violence and so much devastation, has turned a historic page and witnessed its first ever democratic political setup – its first election since 1988. This week, after 25 long years, the Tamil National Alliance, an alliance of Tamil parties and ex-rebel groups (including LTTE), won the Provincial Council elections in the Northern Province – creating a semi-autonomous elected ruling body in the Tamil dominated areas of Sri Lanka. It defeated the country’s ruling party, and has come into power with an agenda to improve the state of Lankan Tamils.

According to recent constitutional amendments – part of the efforts to make communal peace in the country – the council will have considerable powers of its own to make a difference. An amazing thing is that the turnout was huge, and the victory was a landslide – the people want change, and are in favour of a peaceful solution, furthermore – they support the TNA. What could not be achieved in 1988 , has happened now, and Chief Minister-to-be C.V. Wigneswaran has voiced a desire for a constructive partnership with the central government – along with peaceful resolution of the Tamil-Sinhalese conflict. The best part – the Tamil people support him and the peace process – days of the Tamil armed revolution are finally over.