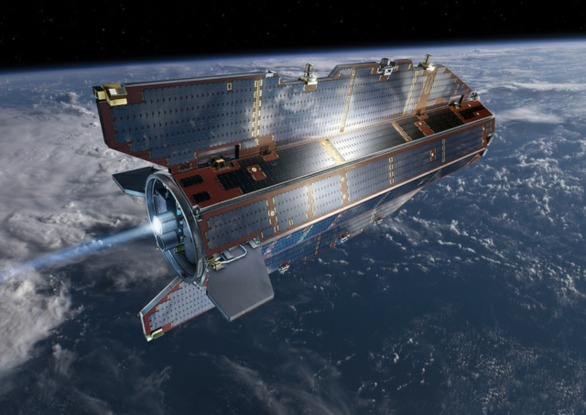 One of my all time favourite movies is 2008’s ‘Wall- E’, the satire on the future of our beautiful planet and the future of humanity. I always say it’s an intelligent movie, and one of the best examples of that is the unforgettable shot of the Earth, 700 years from now, surrounded by layers (hundreds of kilometres wide) of space debris – defiling it, dirtying it. Last week we received a startling reminder that this science fiction is not as far from reality as we think – and that we face a very real problem with space debris.

The European Space Agency’s GOCE satellite, once known as the “Ferrari of Space” because of its sleek design and high speed circling of the Earth in a low orbit, came crashing down on Sunday as its fuel had finally run out. Luckily it burnt up into hundreds of little pieces in the atmosphere – but scientists were quite nervous because they had no idea where it was going to land – it finally ended up scattered over the Falklands Islands in the South Atlantic Ocean. The sheer unpredictability, and the chance of a 90kg piece of metal falling on some unknowing person, created quite a stir last week.

But the real problem is that this is not a one-off incident – once a satellite can no longer stay in orbit, i.e., when it becomes junk, we don’t know what to do with it. In 2011, one American and one German satellite fell – in 2012 it was a Russian one. Its become an almost annual thing; and its no big deal when a one ton satellite like GOCE falls – but when the 85-ton space station Skylab fell – we were lucky no one was injured. Imagine what will happen when the 160-ton International Space Station falls.

The much-acclaimed recent movie ‘Gravity’ displays the current problems posed by space debris very well – if you blow up a satellite you don’t need before it comes crashing down – it just explodes into debris, creating a hell for other astronauts in orbit, and crashing to Earth anyway. So the problem: what do we do with satellites we don’t need? We let them float around – creating a junkyard around our beautiful planet? Or we blow them up – risking a rain of debris on our planet and endangering other spacecraft and astronauts as shown in the movie? It is a problem whose solution we have not yet found, and unless we find one soon – the satellite rain will continue.