842 Million: Why Are They Still Hungry 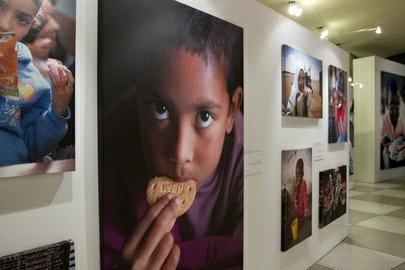 You may or may not have read the about the Global Hunger Index that was just published on World Food Day which was this week on 16th October (the day marks the founding of the UN’s FAO – Food and Agriculture Organisation). But you should know that it is ironic and a huge tragedy that there are still 842 million hungry people, people who do not get enough to eat on our planet, in spite of the fact that as a species we produce more than enough food to feed them.

The World Food Program which is charged with eliminating world hunger since its inception in 1961 while feeding 90 million people directly each year has failed to end world hunger. World food grain production in 2013 is estimated at 2.5 billion tonnes, the highest it has ever been. This means there is on average 350 kg of food grain per person available to us – that is about 1 kg per person per day – most people do not need to eat more than 500 grams to sustain their lifestyle and nutrition needs. There is twice as much food being produced than is required and we still cannot provide enough food to 842 million people. After Africa which has the highest number of hungry people at 226 million is India with 215 million hungry Indians.

The most tragic thing is that of all the food produced in the world ONE THIRD is wasted, it is allowed to rot or thrown away. So we waste 0.8 billion tonnes each year which would be more than enough to feed all the hungry. So, so tragic.