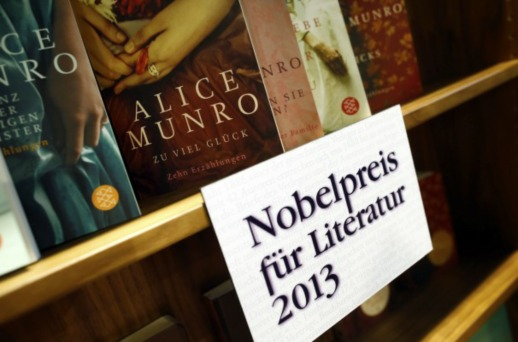 Last week was Nobel Prize Week – yayyyyy. Well, actually, the last two weeks were the weeks in which the winners of all 6 Nobel prizes were announced. And what an exciting couple of weeks it was – for those who knew what was going on – and a learning of interest for those of us who didn’t.

The whole concept of the Nobel Prize began with a chemist and innovator who made a terrible in- vention. Alfred Nobel, inventor of dynamite – the mother of all explosives – but that was just it. He did not want to be remembered just as the “merchant of death”, and in a sort of atonement – he started the Nobel Prizes – 5 international prizes that awarded outstanding achievement in any of the 3 sciences, literary work “in an ideal direction”, and for rendering services “to the cause of international peace and fraternity”. It was his dying wish to start something good – and that is the Nobel Prize.

In 1969, at the request of his son, a Nobel Memorial Prize for Economics was introduced – and its been 6 awards a year ever since. One Nobel Committee each was created for the peace and medicine prizes; the others are awarded by preexisting institutions – namely, the Royal Swedish Academy of Sciences (physics, chemistry and economics), and the Swedish Academy (literature). This is a featurette on the Nobel Prizes 2013, and we’ll tell you a little story about each one.

The Higgs – Finally Gets It
Next was the big one – no other award in the field even compares to it – the ultimate achievement in Physics – the Nobel Prize for Physics. And what an unusual choice it was – so predictable, yet so unexpected – when the Royal Swedish Academy of Sciences announced Peter Higgs and François Englert as the winners on Tuesday, 8th October, for postulating the Higgs Boson. Remember that thing – all the hype at the start of the year – but the odd bit is that these 2 postulated, i.e., predicted its existence way back in 1969. So why the award now – because it was confirmed now – discovered this year – and their theory was proved right. Most thought they would be given the award last year. The most amazing thing is that Higgs and Englert were not 2 researchers working together – no, they were two independent physicists who came up with the same theory at the same time – of a particle that gave other particles mass. It was extremely controversial that the particle was named after Higgs and not Englert – but by awarding them the prize together – the Nobel guys have righted a wrong and accorded these two great scientists equal place in history. A funny fact: the reclusive Dr. Higgs had gone away without a phone for the week, and did not know he had received the prize till much later. 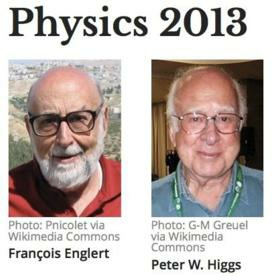 Transporting Stuff Around
The first to be served up was the not-so-famous- but-very-prestigious Nobel Prize for Medicine & Physiology, awarded to three guys who made one crazy discovery – learning how the body’s trans- port system works. On 7th October, James E. Roth- man, Randy W. Schekman, and Thomas C. Südhof were awarded the prize for figuring out how the body decides what to do with the molecules it produces. Our body has cells, right; now these cells do stuff by manufacturing/making molecules of ‘non-living’ substances – which are then transferred to other cells and used by them. Examples of such substances are hormones, proteins, nutrients like calcium, neurotransmitters – unlike cells all these are non-living – so how are they able to go to the right place at the right time? With an interesting experiment (read about it here), they found that details for transport are coded in our DNA, and proteins produced from the DNA tell the molecules where to go when. Aside from being a leap forward in biology, this will help solve the fatal conditions that can arise due to transportation defects – because we now know how it works.

Cyber-Chemistry
The quiet, unceremonious Nobel Prize for Chemistry was awarded next on Wednesday to a trio of chaps – Martin Karplus, Michael Levitt and Arieh Warshel – who did something very interesting. Usually, the award goes to some latest complex discovery or study – but this time, it was the simple concept of developing computer models and simulations for chemical reactions instead of using plastic sticks and balls. Way back in the 1970s, these 3 took chemistry modeling into cyberspace by developing the first few software models, and as computers got more powerful – the effects became more and more apparent. These guys transformed chemistry – what took the Royal Society so long!

Malala Didn’t Win
The extremely controversial and highly anticipated Nobel Peace Prize was the last to be awarded in the first week. Although criticized by many for being political and biased, the choice this time seems very different, to say the least. The outright favourite (no betting here) and people’s choice was Malala Yousafzai, Pakistan’s 16-yr old hero (issue 9) – working to bring education to young girls in North-West Pakistan, fighting the powerful Pakistani Taliban – who shot her last year. The Norwegian Nobel Committee – who have been under fire recently for giving the award, which is supposed to recognize the silent workers for peace, to Barack Obama and then the European Union, political authorities who don’t need “recognition” – may have for once done what it is supposed to do, even though it didn’t award Malala. It awarded the Organisation for the Prohibition of Chemical Weapons (OPCW) – an organization which, for the last 16 years, has been doing the dirty, dangerous and unsung job of ridding the world of horrific chemical weapons. They work in the middle of war zones, and with ultratoxic chemicals – their lives are in danger all the time – and yet not a single OPCW official has been killed. Silently and efficiently, with no media attention, they have been a super success story – destroying 80% of the world’s chemical weapons – disarming in USA, Russia, Albania, India, Korea,China, and most recently, Syria. So while Malala may not have won – she’s won more than a few prizes already (Sakharov’s, Amnesty International, etc.) and will probably win it (the Nobel) sometime in her life – most importantly, people who deserved it equally if not more won it in the end. Thank god they didn’t give it to Putin! 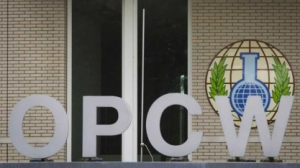 The Greatest Short Story Writer Alive
The mysterious Nobel Prize in Literature, given for lifetime achievement rather than single books or stories, came next – and again we were surprised when Alice Munro, a Canadian short story writer, won the prize. Traditionally awarded to novelists and poets – a short story only writer rarely wins – and yes, I haven’t heard of her either. The award is almost given to non-mainstream writers who have a greater literary importance – well known to connoisseurs, but unknown to casual readers like you and me. Why was it a surprise then – well, thereby hangs a tale. Ladbrokes, a world famous sports betting site, also supports bets on the Noble literature winners and they usually get it right, or come close! But this time, they got it wrong – Munro was an outsider – advanced up the rankings late – and still behind the top two, Svetlana Alexievich and the favourite Haruki Murakami, when the Nobel committee surprised Ladbrokes and the world. But it is definitely not undeserved – a recipient of the Man Booker Prize, Munro was called the “master of the contempo- rary short story” by the Nobel guys, and is one of the greatest short story writers alive today.

The 3 Economists
The Nobel Memorial Prize for Economics was the last to be awarded, to 3 American economists – who all independently, and sometimes conflictingly, explained how stock prices cannot be predicted in the short term but can be in the long term. The Nobel Prizes introduced us to the world’s pioneers, past and present, and to great individuals and organisations – whether they may or may not have won – Denis Mekwege, the OPCW, Ms Munro – and finally, that is what its all about.