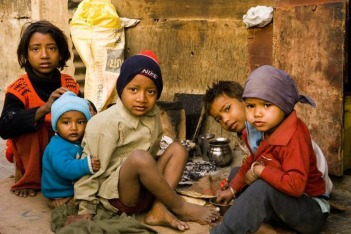 Last week, the Indian government released information showing that between 2004-5 and 2011-12, the poverty rate has fallen by 15% – from 37 to 22. The poverty rate, here, refers to the percentage of the population living in extreme poverty – Rs 55 per day to be exact. While this is somewhat lower than the world standard ($1.25 or Rs 73), the fall is still amazing, a true example of India shining. Why this is all the more significant is because, as we explained in our End of Poverty feature (Issue 4), India is extremely important in the world drive to eradicate poverty.

It still contains 270 million people earning below Rs 55, and a third of the world’s poor people live in India. However, with this kind of progress, the 46% of Indian children still malnutritioned may soon get the food and money they need, as economic growth and far-reaching aid schemes revolutionize the world’s newest superpower. While there are concerns that the progress was exaggerated, and that the benefits are not being felt yet – at least there has been progress, and I am sure the benefits will be felt eventually – it is a moment of celebration, and continued hard work to destroy the vice of poverty.