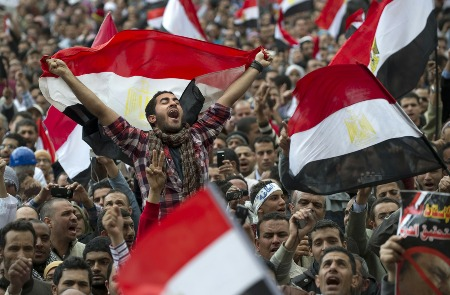 Yet another protest, you will say, echoing the feelings of the Economist Magazine last week; but wait a moment, ‘cause this one is important. You will remember, in 2011, the Arab Spring was in full force, and one of the major uprisings was in Egypt, where Dictator Hosni Mubarak was successfully ousted from power after 20 years of tyranny. Well that was big news, and Egypt returned to democracy. Now, 2 years onwards, Egyptians were back on the streets, back in Tahrir Square, the center of the first revolution, protesting against their first directly elected President, Mohamed Morsi, who was ousted from power by the army on Thursday, on request of the people. A candidate of the Muslim Brotherhood (a global Islamic movement, peaceful but political, powerful in Egypt), he won a fair election in 2011, beating an army candidate, and after that, in accordance with public wishes, reduced the power of the overtly powerful Egyptian army.

However, he also, slowly and subtly, increased his own powers substantially, in a country with a history of dictators – giving rise to a number of fears, and, more importantly, he has tried to implement the Islamist policies of the Muslim Brotherhood, show indications of movement towards Sharia law – leading to widespread anger amongst the people, and a nationwide protest nearly as large as the first. Oddly similar to Taiyyip Erdogan’s policies in Turkey, he tried to impose Islamist policies in a growingly modern and secular nation of people, and started growing dictatorial himself – in short, he failed them.

Egypt’s troublesome army, who took a year after Mubarak’s resignation to return power to the people, issued an ultimatum to Morsi – and in spite of promises from the Brotherhood that they will not go down without a fight – he resigned peacefully, and interim president Adly Mansour, a Supreme Court judge, has taken over – to prevent a military takeover. So maybe it was a successful protest for once, ending with a result, despite a little bloodshed. Or maybe it was just another coup d’tat by the Egyptian military, who are so proficient at the art, and who have controlled Egypt under harsh martial law in the past. Or maybe, just maybe, it was the failure of the 2011 revolution. But we hope that neither the army nor the Islamists will take power this time, and it will be the liberals and seculars who will win a clean fair election, and restore power to the people of Egypt.

References: TIME, The WSJ, The Economist