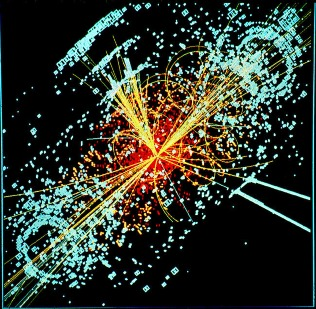 After the announcement of preliminary results from CERN LHC (the Large Hadron Collider at CERN in Geneva – the world’s largest scientific machine) of the observation of particles that could be the famed Higgs Boson in 2012, the world was privile ged to witness the formal announc ement of the confirmat ion that the particle was indeed the Higgs Boson, the euphemi stically Particle on 14th March 2013. The physicists had analyzed all the data and proved that the particle discovered had ZERO spin and POSITIVE parity – the two tests of a Higgs Boson. After the announcement Peter Higgs, the British scientist who first postulated the existence of a particle that creates mass (without which the universe cannot exist – hence the name God Particle) back in 1964 was finally awarded the Nobel Prize in Physics for 2013. In 2014 we can look forward to further news on the precise nature of the Higgs Boson that was discovered since it requires analyzing trillions of proton collisions in the LHC data. Now we know what causes mass – the Higgs “God” Particle!