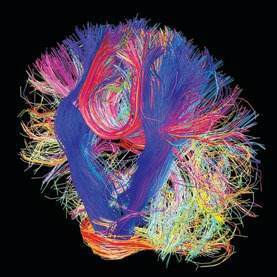 The Brain Research through Advanced Innovative Technologies (BRAIN) Project is the kind of revolutionary news you will look back at and say – oh, that was the day they changed the world, wasn’t it? This newest massive research initiative/project from the Americans, inaugurated by President Obama recently, plans to map and study the human brain – on a down payment of $3bn followed by a enormous funding of $100 million a year.

It is the next big research project after the Human Genome Project, which mapped the entire human genome, DNA, on a similar budget – and yielded unbelievable economic and scientific benefits for a purely research oriented project. While we hope the BRAIN Project will do the same, mapping the genome was a cakewalk compared to this. We have only completely mapped one brain so far: that of the round worm – having 302 neurons. We are in the process of mapping a fruit fly brain, with 150,000 neurons, and will, in the next five years, become able to map a mouse brain – 75 million neurons. So compare this with a human brain, having 86 billion neurons and 100-500 trillion interneuron connections – its mapping will be a monumental task.

But lets not be skeptical, because the progress already being made is amazing – a retinal prosthetic developed by Second Sight Medical Products, California granting sight to damaged retinas, a completely paralysed man was able to drink coffee unaided using 96 electrodes attached to his brain – all in the absence of adequate funding. Once funding has been provided, we might witness inconceivable new inventions and discoveries that will truly revolutionize our world. We may also discover the cause and cures for diseases like Alzheimer’s.