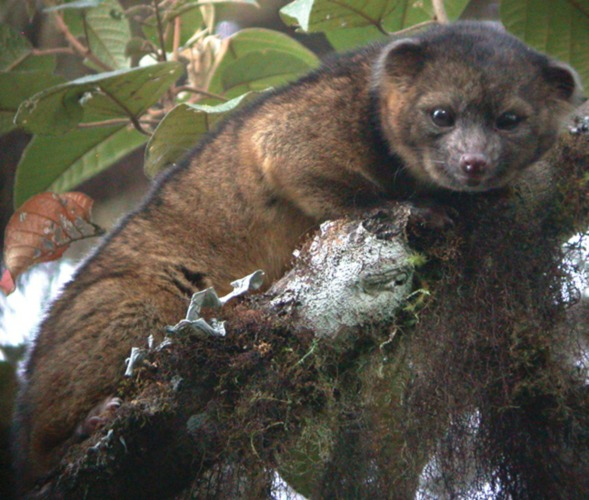 Scientist have discovered a new species of mammal called the Olinguito (pronounced oh-lin-GHEE-toe). It’s a small mammal that looks like a teddy bear with fluffy red-orange fur, a short bushy tail, and an adorable rounded face. The Olinguito, have been seen earlier but were considered to be members of their sister species, the olingos, however repeated studies and research have shown that it is in fact a new species -Olingos are larger, less furry and have longer faces than the Olinguito.
The Olinguito primarily eats fruits, nectar but is a carnivore mammal as it also eats insects and its activity is mostly at night. The animal lives in the trees and can jump from one tree to another The olinguito’s appearance is that as a cross between a house cat and a teddy bear –and going by its adorable eyes and cute face –its bound to become a popular pet.