Shipping Through the Arctic: The North East Passage 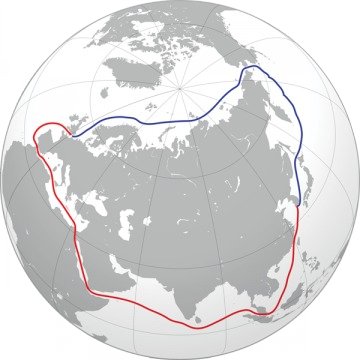 A Chinese cargo vessel that set sail for western Europe is the first ship attempting to sail via the icy northern sea route -that is via Japan , through the melting Arctic sea above Russia. This is significant as it opens up a brand new sea route that will shorten travel time between China and Europe by 12 to 15 days compared to the traditional route via the Suez Canal. More significant is the fact that the thickness of sea size in this Arctic Sea area has reduced by as much as 40% due to global warming, thereby allowing the possibility of this previously unavailable route. The 19000 tonnes cargo ship which set sail on 8th August is expected to reach Rotterdam in the Netherlands by September 11th in a record journey of just over a month.