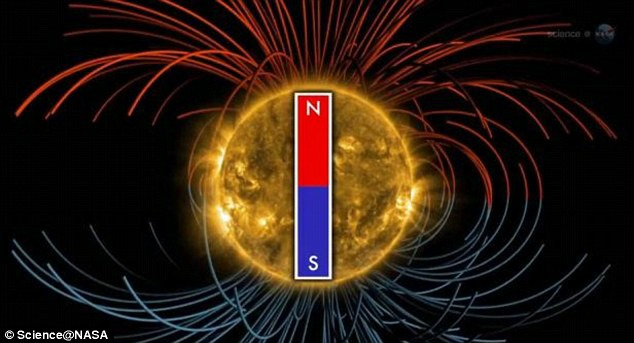 In the next few weeks, we will witness one of the more mysterious phenomena in the solar system as the local star, our Sun, flips the polarity of its colossal magnetic field. The Sun like all stars and most celestial objects has a magnetic field with north south polarity. The field is massive and extends to billions of kilometers, far beyond the furthest reaches of the solar system. Strangely and suddenly it flips the north and south poles, every 11 years on average. This 11 year cycle is coming to its conclusion and the signs are there for astronomers to see. The pole has started migrating and sunspots are forming and coalescing until the activity peaks with the pole flip.

For the watching astronomers, it is an awesome spectacle and a wonder of the universe. For the rest of us, the effects will range from once in a decade aurora (northern and southern lights – where the Earth’s magnetic field and the solar magnetic field collide near the poles) spectaculars to GPS and satellite outages. Maybe even the odd television broadcast will be dis- rupted. However little we may feel the effects in our busy, socially connected lives, it is a reminder that we live very close by to a massive star which does have its occasional surprises and specta- cles for us to wonder and gawk at!