Mysteries of Migration: How the Albatross Can Fly FOREVER…. 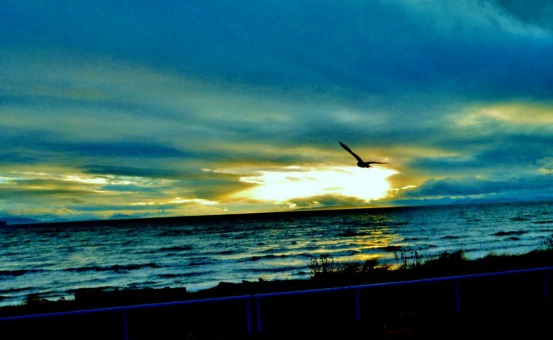 Albatrosses are beautiful, magnificent, majestic birds – even in English, we all know that when someone says albatross – they’re talking about something awesome. The albatross of Obama’s foreign policy, an albatross in golf, the Tu-142 ‘Albatross’ aircraft – but being their size and beauty, these creatures are amazing for another reason. They can fly 10,000 miles, or 16,000 kilometers at a stretch – 16,000. The number is mind-boggling, unimaginable – nearly half the circumference of the Earth. That would mean an albatross can fly halfway around the world without stopping even once. Wow. Forget going around the planet in 80 days, we’ve tracked albatrosses who can do it in just 46. They’re not light or tiny, either, as we know – they weigh 11 kg (superheavy in bird terms) and have a huge wingspan of 11 feet – twice the height of an average human. And yet – 16,000 km in a go. So, how????

Well, a study by the Journal of Experimental Biology has been able to shed some light on that – explaining that a technique called dynamic soaring makes the albatross one of the most efficient creatures on our planet. By attaching GPS trackers on several albatrosses, the scientists were able to prove a number of hypotheses, and discovered a much about the mysterious albatross. If you ever watch an albatross fly – it flaps its wings very, very rarely – it’s an extremely clever bird, you see? It glides and coasts its way through those ten thousand miles – using the momentum from a downward glide/dive to climb without flapping its wings. Many birds glide – but it’s very unique to the albatross that it can climb without flapping its wings (dynamic soaring). It keeps going up and down like this – wherever there is a good tailwind – it flies there – if there’s some nice powerful winds at height A, and the albatross is flying at height B – it will glide up/down to height A and the wind will boost it further. It is the perfect flight pattern from the point of view of an aerodynamics – it uses effectively wind to make its aver- age speed way beyond it’s own maximum, and uses those giant wings to glide about with ease – keeping energy consumption to a bare minimum.

It gets the wind behind those wings; and when it flaps – the 11 footers make sure each flap takes it miles. You only need to compare it with other animals/birds to realize how amazingly energy efficient it is – the 2.2 gram (0.0022 kg vs 11 kg) hummingbird needs to eat three times its weight to fly a fraction of a fraction of the distance an albatross flies – because it flaps its wings 70 times a second. An albatross, on the other hand, can go days without food because it hardly uses energy, and still flies round the world in 46 days. What an amazing creature.