Islamic State, Iraq & Syria: A War That Won’t Leave Us 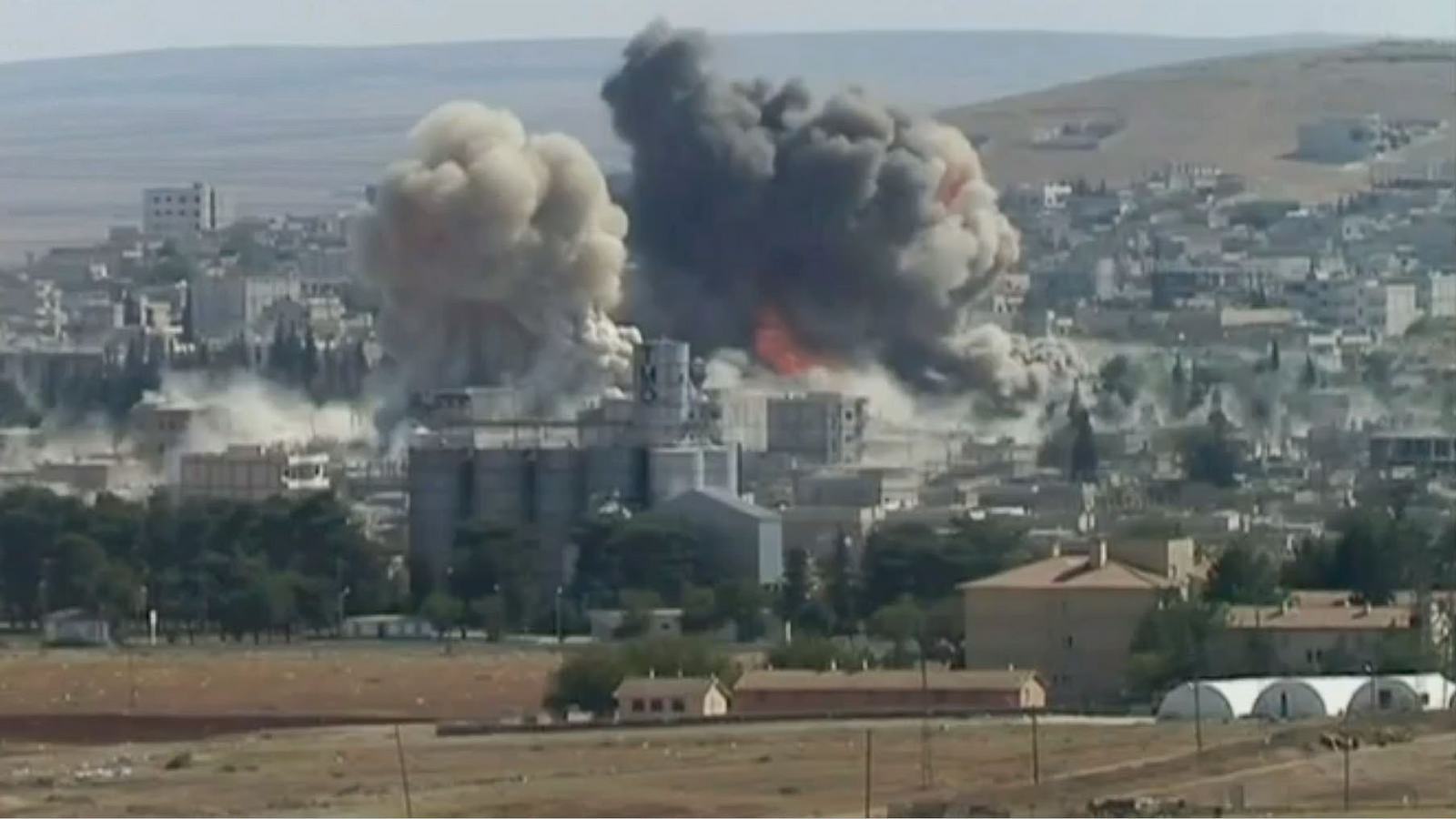 Brutal beheadings, America’s return to war in the Levant, coalition bombings and invincible seeming extremists: it would almost be impossible for any news source to not cover the Islamic State. That is the name, of the militant Sunni Islamist organization that wants to create a nation (an Islamic State) from which to launch “jihad”, or religious war, against the West; which became world famous in June when they rapidly took over Iraq’s second biggest city Mosul, and over a third of the fragmented country. They have remained in the news ever since, most recently for beheading journalists, and the war President Obama recently declared on them. However, this article is not only about ISIS (formerly Islamic State of Iraq & Syria: an acronym  that also spells the name of the ancient Greek goddess of the downtrodden); it’s about the strife in Iraq, and how Syria’s brutal war is destabilizing the region and creating monsters like ISIS.

Linking the Syrian Civil War and the violence in Iraq might not make complete sense: both have completely different roots. The former began 3 years ago as a popular revolution, part of the Arab Spring, by the people of Syria against their dictator. Iraq’s new war also has its roots in the rule of a tyrant: the cruel rule of Saddam Hussein’s Sunni Ba’athist party till 2003, and then the American invasion that ended in 2011 has bred hatred between the Sunnis and the Shias (2 rival sects of Islam). The roots of the current crisis lie entirely in the rise of radical Sunni group ISIS, and the related government of former Iraqi President Nur al-Maliki. ISIS existed as armed opposition to the Americans while they were in Iraq, under the name ISI; however, they were all but defeated when the Americans left in 2011. It was President Maliki’s non-secular governance: that celebrated the triumph of Shias over Sunnis when Saddam’s government fell and failed to include Sunnis in the government; which ostracized Iraqi Sunnis and led to a resurgence of extremist Sunni groups like the ISI. It does not sound very similar at all to Syria, does it? But that’s because Syria turned ugly too: from one of the many movements of the Arab spring, it turned into a horrific, ugly civil war, as dictator Bashar al-Assad mobilized Shia militias and committed atrocities against his own people; leading to a rebel opposition dominated by Sunni extremists, guilty of nearly as many atrocities themselves. Three years the war has gone on without the world lifting a finger: taking over 200,000 lives, destroying Syria from the inside, turning prosperous cities into war zones.

The Islamic State became ISIS from ISI early last year, when they entered Syria: and suddenly everything changed. In Syria, volunteers came in the thousands: the battle hardened, Shia-hating warriors that would form the bulk of ISIS’ new fighting force. Syria was a complete different ball game: after 3 years of war, it was a much harder place to survive than semi-peaceful Iraq. Survive they did, and built a presence through the sheer brutality that has come to characterize them: mass executions, beheadings, genocidal mass murder. Brutality that has led even the infamous al-Qaeda to call them extreme but such is the nature of Syria’s war that brutality helped them: to gain ground in an unforgiving place, and become popular in Iraq among the Sunnis – an organization through which they could help their Syrian brothers, and also fight Maliki’s repressive government. Many have placed the fault on the government, for forcing even moderate Sunnis to support ISIS through their policies. Although their Iraqi operation is alarming in how much they have conquered of the semi-peaceful nation: its purpose was only to increase their depth and allow expansion of their role in Syria, where the group has gained a foothold in a surprisingly short time in an unforgiving environment. Evolving a new breed of extremism, coupled with their shrewd strategies, have invited enmity from former sponsors, allies and even extreme rebels like the al-Qaeda linked Jabhat al-Nusra.

The unstoppable rise of the Islamic State  after their triumphant return to Iraq involving Mosul’s capture and an advance toward Baghdad and the barbaric beheadings made everyone wake up. The Iraqi government organized itself: recruiting civilians, Shia militants, etc. into a sizeable fighting force that has engaged ISIS, even pushed it back. Although Iraqi Sunnis have yet to participate in numbers, the much needed Iraqi unity required to defeat ISIS appears close at hand: as the separatist Kurdish military (an ethnic group that has been fighting for their own nation for years) has joined the government in its fight, and Mr. Maliki stepped down a few weeks back, and a government more inclusive of Sunnis, Shias and Kurds leads the fight against ISIS. The biggest development, of course, is America’s engagement. Their largely appreciated campaign of airstrikes in Iraq began after the near genocide of a small minority group in Iraq called the Yazidis by the ISIS: the first American bombs helped save 30,000 Yazidis. Since then American air power has been instrumental in helping the united anti-ISIS forces of Iraq in pushing back the jihadists; weakening their presence in Iraq.  A controversial coalition of the US and various Arab states took the decision, shortly after, to strike ISIS in Syria too: receiving both criticism (for exempting Assad and his crimes; and targeting the Nusra), and praise (for finally agreeing to arm and train the rebels). Although a fight back is evident as the group increases its pressure on the Syrian Kurds, and continues its attacks on the Iraqi state; ISIS is much weaker than it was just a few months ago – with all its problems, the US-led war is the first step destroying the “Islamic State”.

ISIS is still a threat to the world: but it might not be a year from now. The Syrian Civil War, however, has gone on for three years now, and displaced 9.5m people. The world has condemned and warned, but refused to take action as Sunnis and Shias tear each other apart; and extremists grip a country that was once progressive and modern. The heavily criticised decision to target Syria’s biggest rebel group the Nusra along with ISIS looks like it might create an extremist cooperation that will dwarf the moderates; and maybe even strengthen Assad. The country’s allegedly meddlesome neighbours are facing brutal punishment for their covert/overt interference as one by one the region’s major powers are dragged into the war. First Lebanon, then Iraq: now Israel, Jordan and Turkey look poised to engage. The war seems to have spared no one. The division and fragmentation of Syria seems almost inevitable at this stage: but at least peace may be achievable. A united assault may quell the most recent jihadist threat, but the war is polarizing and destabilizing the region, and creating horrors like ISIS every day. We hope and pray that the war will stop: it seems like the only solution, and yet no end is in sight. Many of us thought of the war as a distant strife that was awful but without any direct impact on our lives. The Islamic State might just have made us realize that, like Afghanistan, this war could also end with a bomb in our backyard.