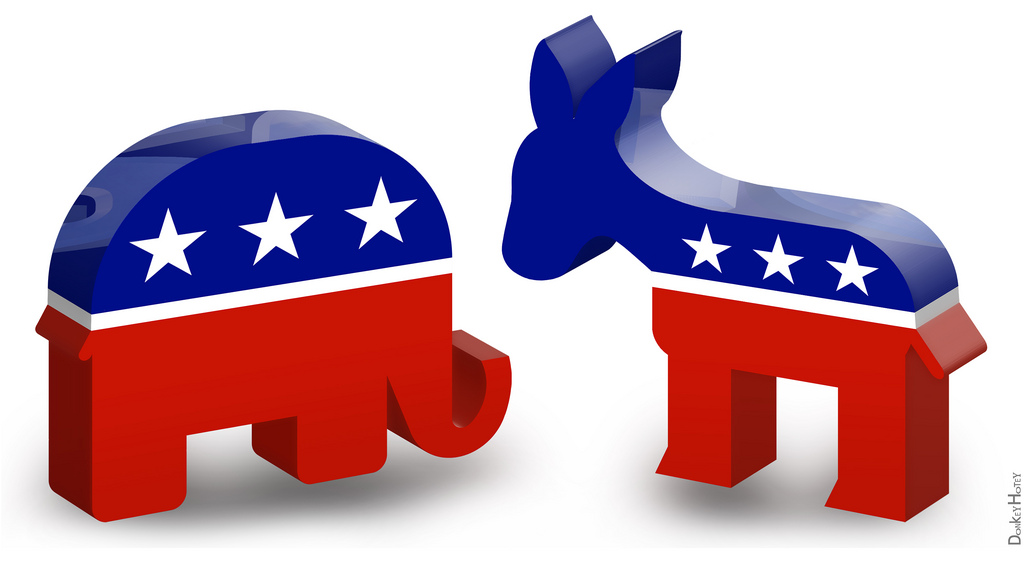 On 4th November, the United States of America voted: removing Barrack Obama’s Democratic party from its majority position and instead bringing the opposition Republican party closer to power. This surprise result in the Midterm elections has been a wake-up call to American politicians; because what came out most in the analysis and study of voting patterns was not so much an anti-incumbency or anti-Democrat feeling as much as an anger with American politics and politicians as a whole.

American elections aren’t an easy thing for an outsider to understand: mainly because there are just so many of them. Every parliamentarian, Governor and all most every one in a position of genuine power is directly elected (i.e., chosen in full elections by common people). This might make sense on the cover, but a little thinking makes one realize just how often the average American needs to visit the ballot box. That does explain why the average turnout at a US election is just 20%. To make things simpler, the voting has been divided largely into 2 main elections: the presidential election and the midterm election. Okay maybe 3: there is also the primary election. Let’s try to quickly cut through this jargon: the election of the president is of course self explanatory, but both the others entail the election of the American legislature (law-making body). Just as India has the Parliament for law-making, the United States has the Congress, also divided into 2 houses: the Senate and the House of Representatives. (Similar to India’s Rajya Sabha and Lok Sabha) The poor Representatives in the latter get only 2 year terms: they stand for re-election during both the primaries, which happen in the same year as the presidential election, and two years later during the midterms: which as the name suggests, happen during the middle of the President’s term. Obama, whose tenure began in 2012, has reached the middle of a, shall we say mixed term; and hence the elections. It is the anti-Obama spiel that the Republican party has maintained through the campaign that some have claimed was the cause of their win. However, the major reason that the Republican win is news worth paying attention to, for the rest of the world, is that the midterm election also entails the re-election of one-third of the members of the Senate (the more important House, where each member has a 6yr term) and a majority of the state Governors. The Democrats were already in a minority position in the House of Representatives, but their losing the critical Senate majority; and suffering major losses in the state elections has shocked many. Other than the significant impact on American politics this has, the Republican victory in the Senate means another thing: it is now very difficult for President Obama to make any major policy decision. Because unless it has the approval of the Republicans, his sworn political enemies, they can easily block the decision, legislation or whatever: that is the power of the Senate. He has become what is commonly known as a “lame duck” president; and that’s what has everyone worried.

The optimists (and there are always optimists) believe that Obama will now have to work with the Republicans for any significant reform, and that this will usher in a period of bipartisan (both parties) cooperation in Congress. While this sounds rather idealistic, it is supported by the analysis I’ve seen in several places: that these elections didn’t reflect a frustration with the Democratic party (as it might appear) as much as a frustration with Congress. One startling number validates this theory more than anything else: 7%. Only 7% of Americans have “real” confidence in the Congress, according to the most recent confidence poll. It’s lucky the US has a presidential form of government: if it was anything like India, that figure would mean 93% of the citizens have no real faith in the government. At least Obama’s trust rating is an (almost) respectable 29%: it’s not the President people have lost complete faith in, it’s the American legislature. The turnout at this election was the lowest in 72 years: another shocking statistic. No such anomaly was seen at the last presidential election: just more evidence to show people are sick of Congress. And according to some, they have reason to be: the outgoing Congress has caused one government shutdown, nearly caused the government to default on its debts (not repay its loans) twice, failed to pass any major reform or make a significant budgetary decision, and has been called the least productive Congress since 1947. Its members are seen as using their positions to boost their own parties; while spending the time they should be using to craft legislative policy on mudslinging, slander and meaningless political rhetoric. None of this criticism should take away from the organized campaigning and impressive victory of the Republicans, or absolve the president and his party from their failure in meeting voters’ expectations. We are ignoring the fact that Republican governors won impressive victories in most states; and that their campaign was surprisingly uniform in message and well organized. This substantial victory could quite possibly be an indicator for the 2016 presidential elections: it could be shrewd Republican campaigning and sufficient anti-Obama sentiment that were the cause of this victory and will result in the next. The President’s foreign policy seems to have become a major bone of contention against him as he is criticized for every action he takes and even every one that does not, while the stability of the economy seems to have been pushed to the back of the debate at home. It is probably the lack of any major reform; or “action”, as he promised at the beginning of the year, in his second term that may have spiked his unpopularity.

Notwithstanding these factors, 7% – and the role it played in this election – should be remembered by those elected to power. Especially the Republicans, who (as many experts have pointed out) learnt the benefits of cooperating with the president in 1998 (they won the next election and Bush became president), might benefit again by realizing America wants a constructive Congress, not an obstructive one. As Ebola and ISIS dominate the conversation even in the States, foreign policy looks like it will become a central subject of the conversation in Washington. The Republicans decisions in their new position of power will affect the world at large: it is now in their hands to either take bipartisan action that will help re-launch America as the dominant global player, or paralyze it by opposing government decisions while other political forces transform the global landscape. This Congress has 2 years, and so to does Mr. President: let’s see what they decide to do with them.