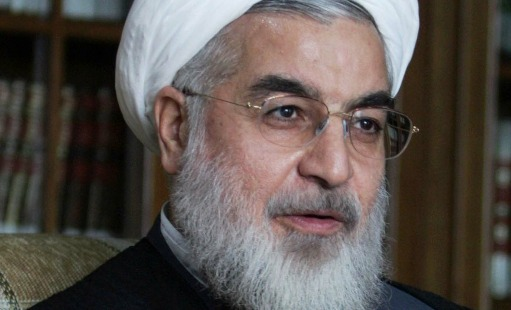 The new President of Iran, sworn in last Sunday, is not so influential or amazing in himself or his achievements, but extremely important in what he stands for and what impact he will have on the world. A Shia Islamic cleric, he represented a more moderate faction within Iranian politics – not secular or completely reformist – but in a selection process controlled by Iran’s supreme religious leader, the Ayatollah Khomeini, he was the most reform oriented out of the selected candidates – and won the elections in July. His taking of office is important since his election campaign was all about reform and liberalisation – something the Iranians desperately wanted after 9 years under the conservative, anti – West, so-called “Rocket Man” president, Mahmoud Ahmadinejad – who was responsible for isolating Iran from the world with his nuclear program, and bringing its economy to the brink of collapse.

Hassan, on the other hand, was educated in the West, and a major leader in the Iranian revolution (see Argo ;)), and later a major speaker for reform and modernisation in Iran. Now, hope is there that he will change Iran’s attitude to the West, and the West’s attitude to Iran. The US began very aggressively last week, imposing a new set of economic sanctions on Iran just before he was sworn in, attempting to pressure the new President into shutting down Iran’s nuclear program. Rouhani responded by saying, very wisely, that  “If you want the right response, don’t speak with Iran in the language of sanctions, speak in the language of respect.” But his opening speech, which was all about positive change and transparency, not mentioning Israel and speaking of women’s upliftment and peace, is a sign that of the kind of person he is and the kind of impact he might have. His offer to hold talks on Iran’s stubborn nuclear program literally shocked the world, and gives hope that this man might reconcile isolated Iran with the rest of the world.