A Solution in Afghanistan 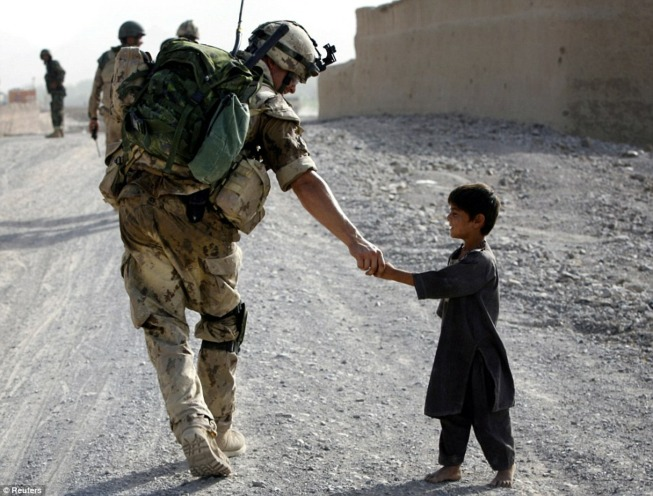 Afghanistan. War-torn, terror infested, corruptly governed Afghanistan. This is how we normally picture the country that has been plagued by the Taliban since 1992, and has nearly fallen in to complete disarray many times in the last 20 years – at the hands of its warring tribes and Islamist militants. But it hasn’t. The country has survived. And what’s more in the last 7-8 years, after the establishment of a democratic government and the the entry of US-led International Security Assistance Force (ISAF), the country has improved. Health, education, economy and lifestyle in general is better. The Taliban has weakened considerably – but not enough. And the world has chosen this moment to withdraw forces from the country (in 2014, actually) – because they have already spent billions of dollars on it without any sign of a solution. But it is possible. The withdrawal will continue on the basis that a 350,000 strong Afghan army has been created, in just 5 years, who will take over from the ISAF.The army has proven itself, and it is not the problem – the lack of air support after the withdrawal is – and that may demolish the morale of troops, and give them a huge strategic disadvantage since support they are used to will be gone.

So firstly, the US should not rush its withdrawal, and give the Taliban an opportunity to strike, instead withdraw in stages – leaving troops behind. They also need to leave the Afghans some sort of air support – that is crucial. But this is not all. Afghanistan needs support from its neighbours – Pakistan and India – and on the back of Afghan President Hamid Karzai’s visits to India, Pakistan and USA last week, it can be said he realizes the same. Pakistan, who is plagued with that same problem its neighbour is, must help resolve it. Luckily, Nawaz Sharif nearly made peace in Afghanistan in 1992, and with less meddling this time – he can maybe do it right. On the other hand India, with whom Karzai has pleaded for military support, must realize that if they do not fight the Taliban in Afghanistan, they will have to fight them in India. Besides, India will benefit very much from an ally on the other side of Pakistan.

So military and economic support from India, positive Pakistani interference and a slow organised withdrawal of the ISAF, along with the promise from NATO countries to train Afghan soldiers, may save Afghanistan. Talibani support has fallen drastically, and a clean fair election next year (like Pakistan), will change the country for the better. But other countries must make the right choices. Otherwise, like Iraq, we may have a bloody civil war on our hands.