You Never Shaw Him Coming 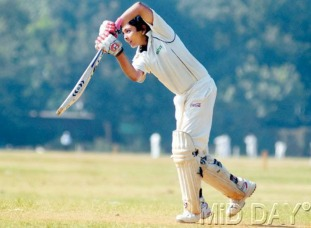 He is the captain of the Mumbai U-16 cricket team –and at just 14-15 years of age , with his knock of 546 runs in the prestigious interschool Harris Shield Match, he is now the national record holder of the highest runs ever scored in any form of cricket in the country and the third highest recorded runs scored in the world by a cricketer.

What’s interesting is that it was the same tournament , the Harris Shield ,which brought Sachin Tendulkar into the national cricketing platform ,when he and Vinod Kamble set a world record breaking partnership of 664 back in 1988. What makes this feat even more remarkable is a few facts that I learnt about Prithvi Shaw – Tragically his mother passed away when he was only 4 years old. So passionate is his dedication to the game –that he used to wake up at 4.30am to catch a train from the far end of Mumbai (Virar) to reach Bandra to practice. His talent has been spotted by many –which has led him to get handpicked very early by a sports management company ,a corporator gifted him and his family a flat to reduce his travel time (where he currently lives) and this year he even played for Gloucestershire’s second team that is just a level below top level county cricket in England …………..the same week when Sachin retired –a new U-16 master blaster came into the national spotlight.

He is, quite literally, a ‘little master’.