Tunisia: Not Another Egypt 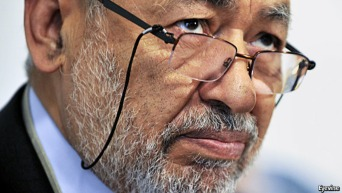 Remember Tunisia, that little country in North Africa, where Mohammed Bouazizi, a common shopkeeper, burnt himself and started the ‘Arab Spring’. It was the model that laid the foundation for the rest of the Arab revolutions – as we said in our report on the Arab Spring (issue 9), the one successful revolution. But we were wrong, and so was the rest of the world – appearances were not as they seemed. Like Egypt, protests broke out again this year against the elected Islamist government, elected in 2011.

Like Egypt, there are tensions between the Islamists and the “people” over their unpopular, un-secular policies. But unlike Egypt, riots and war have not broken out between the two sides. Unlike Egypt, the protests have remained peaceful, and the Islamists have agreed to step down. And unlike Egypt, the army has not rushed in and taken power – democracy survives. But only barely. The inspiringly secular and moderate country that started the uprising in the Middle East has been overrun by over-eager Islamists in the last 2 years. In a chain of events parallel to Egypt, President Zine al-Abidine Ben Ali betrayed his people by trying to Islamise the moderate nation – and his unpopularity grew until the “second revolution” this year. Luckily, it was not exactly that. Sure there were 2 political assassinations – at that moment, everyone thought the country would spiral into violence. But they kept the democracy alive.

The government agreed to step down, and the opposition kept it peaceful. Both sides are willing to hold elections – ‘when’ is still under negotiation. With non-army organisations like the labour unions negotiating, another election will happen soon. Tunisia may have been a failed revolution, but at least wasn’t another Egypt.