The Special One is back at Chelsea 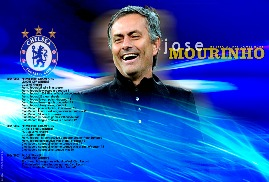 The illustrious football coaching celebrity Jose Mourinho will move back to Chelsea next season, 6 years after he left in 2007. His spat with owner Roman Abramovic that ended his last term seems to be forgotten as he returns to the Premier League where he claims he is loved. After a successful stint at Inter Milan and a less successful one at Real Madrid, he is coming back to the club after a disappointing season for them under Rafa Benitez, where they finished 3rd in the league. While Chelsea fans rejoice, others look on in terror as the Special One returns to Stamford Bridge.