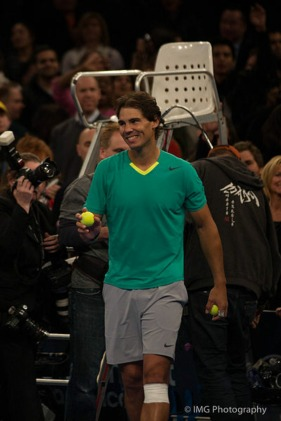 Roger Federer crashed out of the Roland Garros 2013 in the Quarterfinals itself, losing on straight sets to Jo-Wilfred Tsonga. Meanwhile, Djokovic and Nadal both cruised through their quarters to clash in an extremely close semifinal today. Nadal, who has won the tournament 7 times already, beat Djokovic in a five setter that really went down to the wire. In the second semifinal, Tsonga played the so called Prince of Clay, David Ferrer, and lost in straight sets – it was rather one sided. Ferrer will play Nadal in what looks to be a very exciting All-Spanish final. Serena Williams and Maria Sharapova, the favorites of the tournament will clash in the tense Women’s Singles Final. Lucie Hradecka and Frantisek Cermak, both of Czech Republic, are the mixed doubles champions.