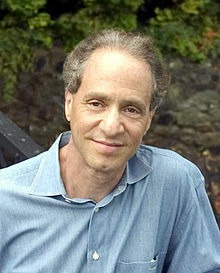 Ray Kurzweil is the foremost futurist, inventor and tech pioneer who has predicted the “Rise of the Machines” for the past several decades. He is the author of the bestselling books “The Age of Intelligent Machines” and “The Singularity is Near” . He is a leading proponent of the concept of Transhumanism which predicts that machines will one day become smarter and more capable than humans and will be leading race of intelligence on Earth.

The date when that is expected to happen is called the “Singularity” and Kurzweil has helped found the Singularity University in California whose purpose is the educate and prepare humanity for the coming Singularity. In 2012 Kurzweil joined Google as Director of Engineering to help Google computers understand natural language spoken by humans. He has been called the Edison of our age by Inc. magazine and has invented the Flatbed scanner (that we all have in our homes now), the first print to speech reading machine for the blind, the first text to speech synthesizer and one of the first speech recognition programs (like SIRI).
According to Kurzweil the Singularity will occur on or around 2045!