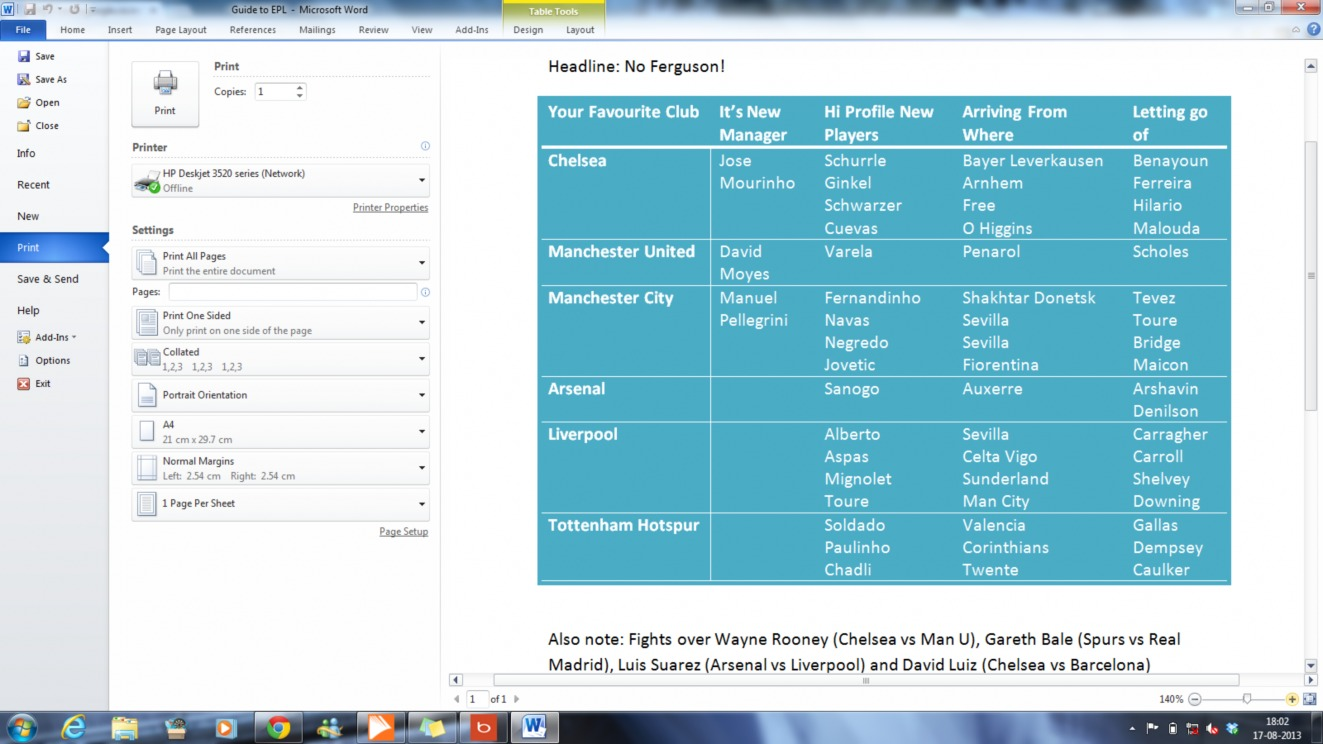 The English Premier League is resuming today – all the football fans – you may go crazy……….now. The table alongside tells who’s gone where this transfer season for the big EPL clubs. The return of Essien to Chelsea after a year at Real Madrid under loan is another signifiacant development, while a few more changes could take place before the transfer window ends on 2nd September. Major battles still raging are for David Luiz (Chelsea vs Barcelona), Gareth Bale (Tottenham vs Madrid), Wayne Rooney (United vs Chelsea), and Luiz Suarez (Liverpool vs Arsenal). We look forward to an exciting pre World Cup season – United without Ferguson – anything could happen. Don’t miss – kickoff today!

References: The Hindu, The Mirror