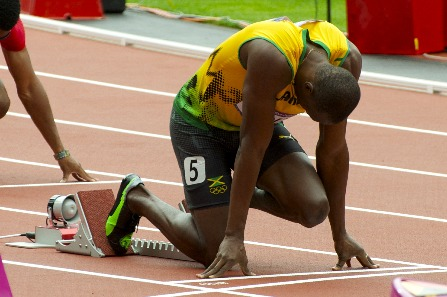 Usain Bolt – the indomitable, the invincible, 100m & 200m world record holder bagged another couple of golds at the Athletic World Championship in Moscow. It was spectacular to see Bolt run as he did in 2009, effortlessly reclaiming the title – so far ahead of any other man – simply a joy to watch, whether you enjoy athletics or not. At the end of his rainy 9.77 second 100m run, a bolt of lightning arced across the sky, as the other one flew across the line – both captured by one insane snap – selling for lakhs now. Crazy, right?