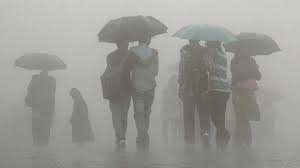 The Monsoons arrived explosively on the West coast of India last week, nearly a week ahead of schedule. Bangalore faced its highest 24- hr rainfall ever, recording 109 mm of rain in 24 hours thrashing its previous highest of 101.6 in 1891. Highest ever – beating a 122 year old record – the monsoons look set to make up for last year’s drought, in double. Kerala experienced the first onslaught of the monsoon, as usual, and rains have reached up till Mumbai. The Eastern side of India is still experiencing pre-Monsoon rains – low pressure depressions in the Bay of Bengal bringing moderate rain to Kolkata, Hyderabad, etc. By next week the East coast and Central India are expected to feel the Monsoons too. The rains will probably reach Northern India in a couple of weeks.