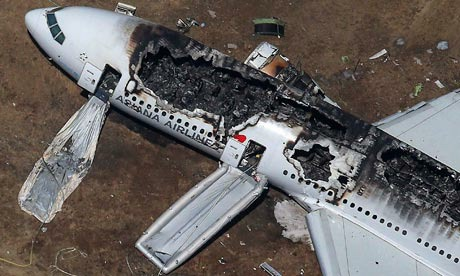 For the 304 survivors of the Asiana Airlines crash – it was nothing short of a miracle. The plane crash landed and caught fire in San Francisco Bay, and the passengers had to be evacuated via emergency chutes. Unfortunately 3 lives were lost, but it could have been a true aviation tragedy – as shown by the destruction in the image.