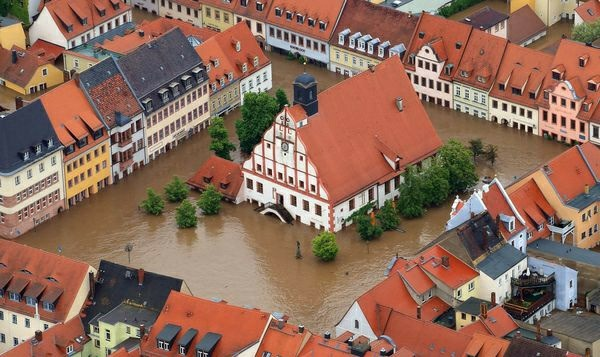 Torrential rains across central Europe have led to the worst flooding in decades, claiming the lives of 82 people. One of the worst hit cities is Prague. Over 50,000 people, including tourists were being evacuated. Soldiers and thousands of volunteers were building sand bag barriers but the torrential rains continued much of the city was claimed to be under water and a state of emergency was declared. In Austria, Salzburg has been declared disaster zone and Vienna is under threat. The river has swollen to almost 100-year high. In Europe, parts of Czech Republic and Germany have been submerged under up to five meters of water.