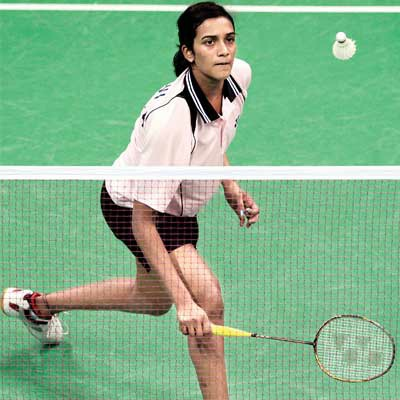 If you haven’t yet heard of Pusarla Venkata Sindhu (PV Sindhu), I’m sure you will in times to come. She is a young 19 year old who has amazed the her country and the world by reaching the Semi-Finals of the Badminton World Championships in China. She stunned the crowd, along with defending champion & World No. 2 Yihan Wang by defeating her in straight games in her home stadium in Guangzhou (pronounced Gu-wang-jao) to enter the quarter finals. She followed it up by beating another Chinese former champion Shixian Wang in the quarters, becoming the first Indian to reach the semifinals. While Saina Nehwal and Parupalli Kashyap (India’s top 2 players) made it to the quarterfinals – they lost their respective matches – PV Sindhu has reached unbelievable heights, playing a super tournament till now.

Whether she wins or loses her match – she has done India proud!