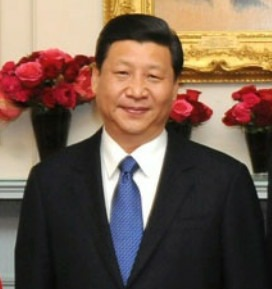 As we contemplate another messy transition of leadership in India next year (more on that later) we can perhaps admire the orderly and smooth leadership transitions achieved by our big neighbour China. Xi Jinping is the President of the People’s Republic of China, the world’s second largest economy, most populous nation and superpower in the making. He is only the fifth President China has ever had since the revolution in 1949 and the first one who was born after the revolution (he just turned 60 this year).

He came to power in March this year and the transition was smooth, uneventful and orderly. He is expected to lead China until 2023 (for the next 10 years) and step down at the end of the period for the next leader like his two predecessors did – Jiang Zemin (1993 – 2003) and Hu Jintao (2003 – 2013). He believes in a “Chinese Dream” of uniting the increasingly diverse nation he governs, and since appointment – has notably opposed the US on Syria and reaffirmed China-Pakistan relations. He is married to the famous Chinese singer and pop star Peng Liyuan and they have a daughter who is studying at Harvard.