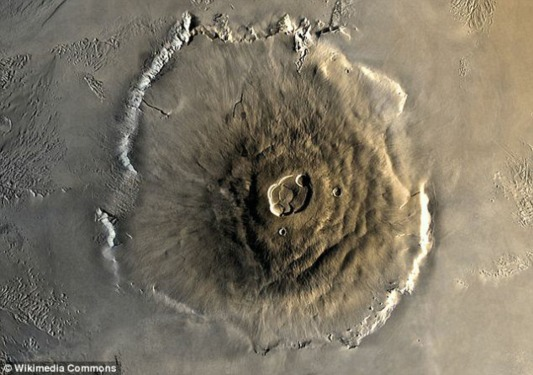 The Earth’s largest volcano “Tamu Massif” was discovered on Friday under the Pacific Ocean – thousand miles east of Japan. It is one of the largest volcanos in Earth’s entire solar system –being only 25 percent smaller than Olympus Mons on Mars, which is the biggest. To understand how big is volcano really is – the largest active volcano on land is Hawai’s Mauna Loa covers an area of 2000 square miles, while “Tamu Massif” is 120000 (60 times!!) square miles in area. Its top lies about 6500 feet below the ocean surface, while the base extends down to 6.4 kms deep. The discovery was made by a team of scientists from the University of Houston, led by Professor William Sage, and its discovery has rocked the scientific world. In terms of sheer size, it covers an area equivalent to the state of Arizona – its unimaginably big.