The Delhi Election: Why It Matters 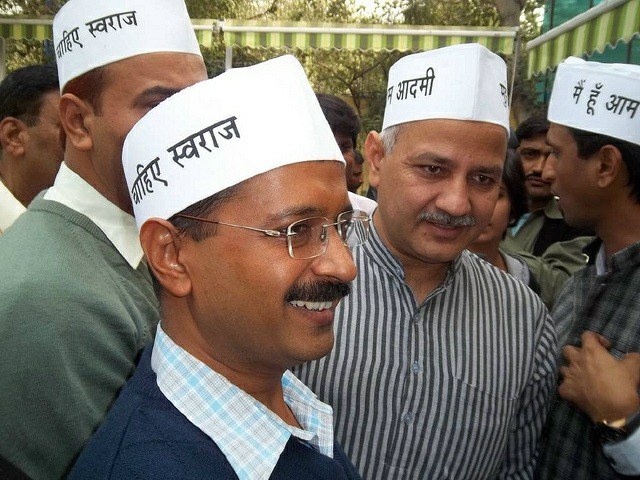 There was an election this week: but we won’t start off with that. Instead, we’ll talk about this guy – very talked about around here – and his party. The name is Arvind Kejriwal, and the party is the Aam Aadmi Party (AAP).
Don’t stop reading: this newspaper does not favour any party or side in any election or conflict – and we aren’t hyping up/selling you this one – From the roots of the anti-corruption movement led by Anna Hazare last year, grew a party led by one of his aides – Arvind Kejriwal. It was less of a party, and more of a movement – a targeted attack against corrupt politicians in India. Kejriwal behaved like a crusader leading a crusade that seemed to lack public support. He thought he was leading a revolution in Indian politics – most thought he was just mad or stupid. But he pressed on, with his allegations and announcements – his brave attacks and dangerous demands – he was taking a ‘panga’, as they would say in India, with India’s biggest political parties. He was getting in the face of the most dangerous people in India; and the sheer bravado and apparent stupidity made an impression/an impact. From first ignoring his ranting and accusations; to then scornfully talking about their stupidity; to then accepting his bravery; to then being impressed by his noble ideal and courage; to finally becoming a believer in Kejriwal. As Gandhi used to say, “First they laugh at you,….”. More and more people began to believe in this man’s madness, more and more people began to join the crusade: Kejriwal’s crusade to clean up politics in one of the most corrupt states of one of the most corrupt countries in the world. It was so laughable and unthinkable, that people fell in love with it. But Arvind Kejriwal is not an idealistic fool, he’s an intelligent, educated man – passed out of IIT – who understands politics, and he used this incremented popularity to launch the Aam Aadmi Party. As the name suggests, it’s a party that wants to appeal to the common man – but the sign is the most revealing. They’re not left wing socialists with false promises of equality and “Being one with the people”. No; as the jhadoo, i.e., broom symbol suggests – they want to clean up. And that is what makes them different. It took guts all right, standing in the same constituency as the previous Chief Minister Sheila Dikshit – knowing that if he doesn’t defeat her in her stronghold/her homeground, the leader of his party will be missing – even if they win. And then to beat her in her own constituency – in his first election – it’s unbelievable. The AAP won an astounding 28 seats out of the total 70, and although they did not win – they performed scarily well for a party contesting its first election. They won 20 seats more than the previous government the Congress who held on to just 8. It’s an impossible achievement, and the implications it has – not just for Delhi – but for the whole country, are massive. For a first time party, founded on principle alone, to do this well: show India wants change.

However, let us not forget the winners – not just of the Delhi elections – but the winners of simultaneous elections in Delhi, Madhya Pradesh, Rajasthan and Chhattisgarh. India’s main opposition party the BJP has won in four important states marking a massive, massive defeat for the Congress, who currently govern India. The focus of these 2 biggest parties is on the General Election next year, where a new Central government will be formed by one of them. These results, however, have shown that as of now, the BJP is on top. Riding on the people’s angst against the Congress government’s failures of the last 10 years and the popularity of their Prime Ministerial candidate Narendra Modi, they’ve experienced a landslide victory this week. We can’t tell for sure what’s going to happen next year, but the signs are: India wants a change from the Congress.