Syria: The Spring That Never Came 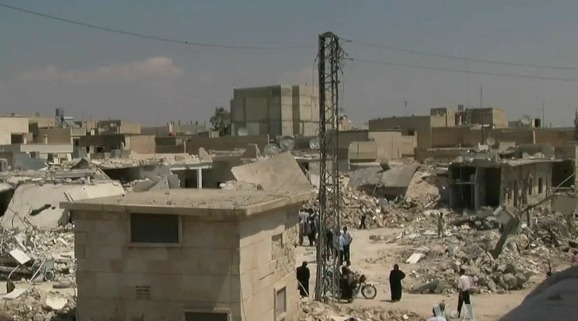 In Syria, however, there is no cause for confusion: it’s a living hell. The horrific civil war that began in 2011 continued ceaselessly this year, and most unfortunately, promises to continue ceaselessly next year too. Most shocking and horrifying of all is that number: 100,000. 100,000 dead and at least 2 million displaced – the others are either wounded, fighting, or starving – without water, food, electricity………anything. Notably this year, the Geneva peace talks were nearly a complete failure; the Syrian government massacred nearly a thousand in an inhumane chemical attack; certain rebels soldiers committed and publicized acts that horrified the world; the OPCW began to rid Syria of chemical weapons (one positive outcome of the Geneva talks); and the year ended with government forces “winning” by a small margin; and fighting between rebel groups looking more likely than ever. The disturbing condition of civilians make us want to intervene, but foreign intervention from Sunni Gulf states (Qatar, Saudi Arabia, Turkey) on the rebel side, Iran and the Hezbollah on dictator Bashar al-Assad’s side, and the spilling of the conflict into Lebanon and Iraq seem to be fuelling the war rather than ending it. Iraq was especially affected this year, facing its worst sectarian violence since 2008, in which 8,000 lives were claimed. The most likely outcome appears to be an undesirable division of Syria into a bunch of sectarian, hostile chunks, each governed by a different faction. Whichever way it goes, all the Syrians want now is an end to the fighting – that too seems far away. The most positive is that next year, the UN will begin airlifts into the country – hoping to alleviate the people’s distress.