Russia Takes the Olympic Torch On Its Maiden Space Walk 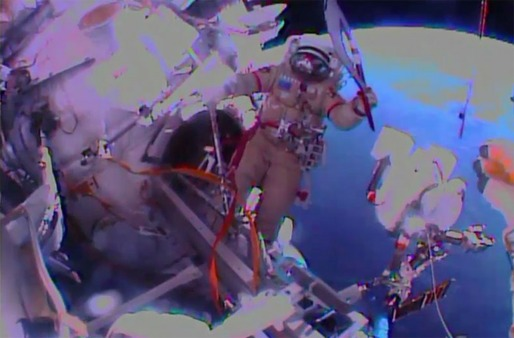 Trust the Russians to take everything to the next level – its something never done before, and something pretty cool. Before any Olympic Games, there is the torch relay – the ‘Olympic Torch’ is passed all around the host country throughout the 4 years – its always a nice thing. Sometimes countries do something new, like taking it in a Concorde, transmitting it via radio (that was amazing), on horseback, on camel, etc. But the Russians have broken ground by not only taking it up into space – but taking it out on a space walk – it was actually in the hands of astronauts, taking the torch through the final frontier on its way to Sochi, where next year’s Winter Olympics will be held. I’m definitely going to be watching this Olympics, and see the torch that went into space light up the Olympic cauldron.