Mahatma Gandhi, Person of the Century 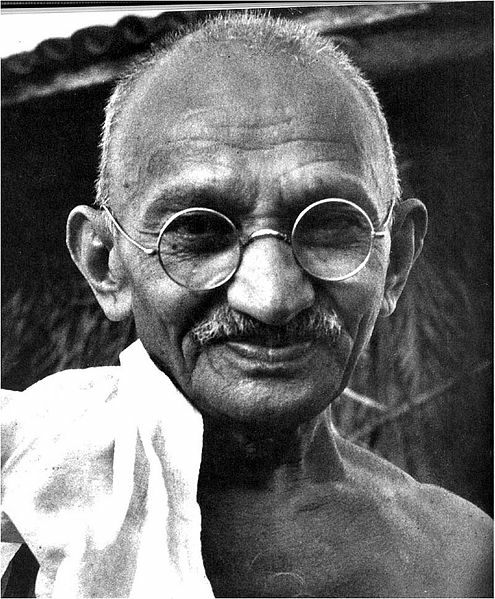 As we celebrated the 144th birth anniversary of the Father of the Nation, Mahatma Gandhi, and the newspapers were full of ads and articles on his greatness, it occurred to us that perhaps in all the focus on his achievements – “gaining India’s independence in a non- violent peaceful way”, we may forget his journey and the lessons he learnt and applied and taught that are so valuable. Some of these are things he has written about in his wonderful autobiography “The story of my experiments with truth” and some things we can surmise from the famous movie “Gandhi” where Ben Kingsley almost made us believe he was the Mahatma.

When we look at Gandhi’s story, many times we do not realize that Gandhi was not a revolutionary in the classical sense (young, full of anger and hate and fanatic about overthrowing and changing the status quo) and became one much later in his life. In the beginning he was (like most men of his generation) enamored of the British system and its greatness. He went to study in England, he wanted to be a Barrister (British name for lawyers) and then went to South Africa to practice his profession within the British system of justice and oppression. It was only when he was thrown out of the first class coach of a train (it was only for whites) in South Africa that he realized he was not actually British and would never be.

He started his political struggle after this incident and founded the Natal Indian Congress party in 1894. For the next 21 years he worked in South Africa as a political activist and invented and honed his principles of Satyagraha (voice of truth) and non-violent protest. It was only in 1915, at the age of 46 years, that he returned to India and joined the Indian Congress party and started applying his revolutionary concepts of Satyagraha and change through non-violent means to the Indian struggle for independence. His story is one of personal hardship, years of hard work, great unflinching determination, steely resolve, principled integrity and peaceful means of change. We should remember these lessons in this age of impatience, anger and discontentment, and expectations of instant and radical change.

References: Wikipedia, ‘The Story of My Experiments with Truth’, ‘Gandhi’ The Movie 3.