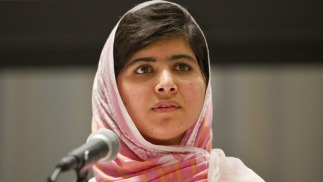 Malala Yousafzai is a name you probably know – a Pakistani girl who’s just 16 years old, and yet she was a runner up for TIME’s Person of the Year, THE favourite for this year’s Noble Peace Prize, and the winner of the Sakharov Peace Prize (second only to the Nobel). Most people know her as the girl who was shot by the Pakistani Taliban last year, but before that she was a brave fighter for girls’ education in Pakistan, who had defied the Taliban time and again – her blog being the world’s first insight into life in Taliban-controlled Pakistan. The story of her struggle and survival have become a beacon of hope to millions of Pakistani girls denied their education. This year she stole the centre stage when she addressed top world leaders at the United Nations on 12th July – now know as Malala Day.

Read all about the inspiring youngster here