All About the New “Hummingbird” 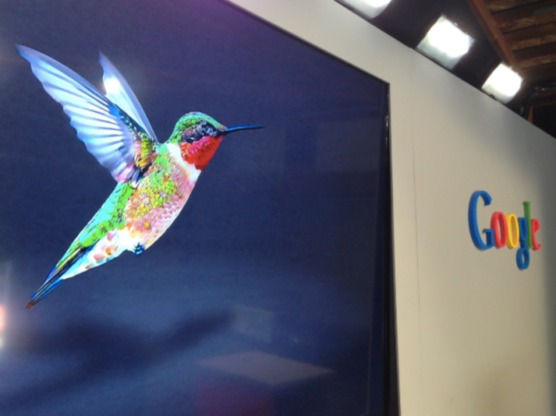 Last week, we reported on Google’s 15th birthday, and also mentioned that they had celebrated it by announcing their brand new search algorithm (whatever that means), the “hummingbird”. So this week, we’re going to follow up with an explanation of what hummingbird is, and why it’s important. First things first – what’s a search algorithm? It’s a programming term, which you can basically think of as a formula or recipe based on which Google’s search engine runs – sorting through billions of pages and returning the best results. It’s important to know that this algorithm is a secret – if everyone had it, everyone could start their own google search – and that this is only the second time their algorithm has been changed, the last being 2001. They do have small changes every once in a while, but this fundamental a change is rare – so what has changed?

Its faster and more precise, hence the name hummingbird, because of two interesting new features called “entity search” and “conversational search”. Entity search means that instead of just looking for the keywords in your search string “how old is Obama”, it tries to understand the meaning of the search and give relevant results. Or search “best rock band of all time”, and Google gives a list of bands. This feature is directly linked to the next one – conversational search – which completely changes Google’s voice search. Instead of speaking keywords into the mic, you ask a conversational question, like I asked “what’s an iPhone” – it understood the meaning – and told me what an iPhone is. It’s something completely new, and game changing.

There are other technical changes that have made it faster, and also some that made more accurate – but instead of trying to explain those programming updates – Google gave examples. When you search “acid reflux prescription”, you get sites giving advice on treatment, instead of just a list of medicines. Search “pizza hut calories per slice”, and now it gives you an actual Pizza Hut statistic. The changes have been in place for a month, even though we didn’t realize it – but that may be a good thing – degradations spawn a storm of complaints, improvements usually go unnoticed.