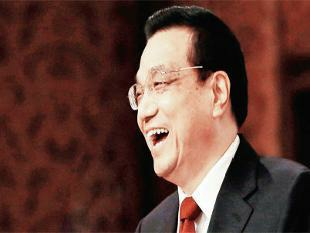 This week Chinese Premier Li Keqiang visited New Delhi, for discussions with Indian Prime Minister Manmohan Singh, and the talks concluded with an announcement emphasizing on general friendship between the 2 countries. The visit-and- announcement was a rare sign of goodwill from a country that has shown animosity in every way in the past. Although the visit was shadowed with anti-China & pro-Tibet protests by the Indians, and border troubles between the nations, the visit itself is a big step as it shows China, for the first time wants to extend a hand of friendship to its long time enemy. If it is indeed so, border and other minor disputes can be easily resolved as & if they truly wish to become allies. Indians must also change their views of China – stop harping about a 100yr old illegal invasion (Tibet) or a war in the 60s – if they want a real friendship. Whatever happens, it definitely seems there is a new hope for relations between the world’s newest superpowers.

References: The Times of India, The Wall Street Journal