Welcome to The ‘Terminator’ Polymer 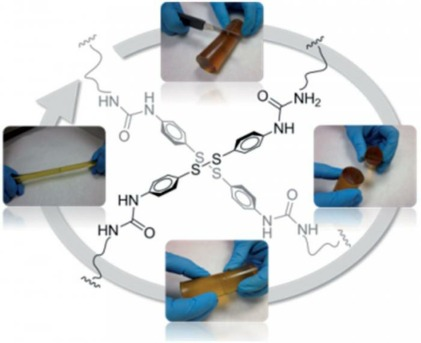 A real example of “extreme technology”, Spanish scientists have created the world’s first self-healing plastic polymer. A video released and readily available on the news sites shows the material being cut into half by a blade. The 2 half are then pressed together and left at room temperature, untouched for 2 hours – amazingly the polymer seems to have healed itself as one sees the two parts joined together and unable to be pulled apart again even with a lot of manually pulling and stretching. While currently the polymer is soft and squishy – and not rigid enough to make into parts just yet –however this heralds what could be a real breakthrough as polymers similar to this new one are used a lot in everyday products and therefore can greatly increase the lifetime of plastic parts used in everyday products. It’s been called “Terminator” polymer as a tribute to the T-1000 robot from “Terminator 2’.