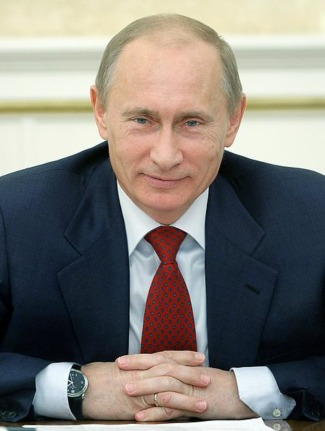 ladimir Putin is the current President of Russia, an important world leader who has been in power for the last 14 years in the country. Well, technically, he served as democratically elected President for 9 years from 1999-2008, re-elected in 2004, before he was disallowed from contesting in the 2008 elections. An ex-KGB agent, yet liberal in Russian politics, he became Prime Minister in 2008, staying in government while not President. Prime Putin won another election in 2012, beginning his third term as President, and making him the longest serving President in democratic Russia.

While this extended stay in power has been criticized by some as a violation of democracy, it must be said that he has brought political stability and much economic progress to a country that was plagued with issues in the 90s – after all, he has been elected repeatedly because of his policies. His relationship with the US, always a difficult balancing act for any Russian President, has been managed quite well – promoting US-Russia ties at one hand and supporting the US in issues such as Snowden’s, while also opposing some crucial American policies, like in Syria, to appease Russians concerned about their country becoming a NATO puppet and maintaining an opposing force to USA in world politics. And definitely no to miss is his charismatic and controversial personality – his entertaining remarks and tweets; he’s a global leader who you’ve got to either love or hate.