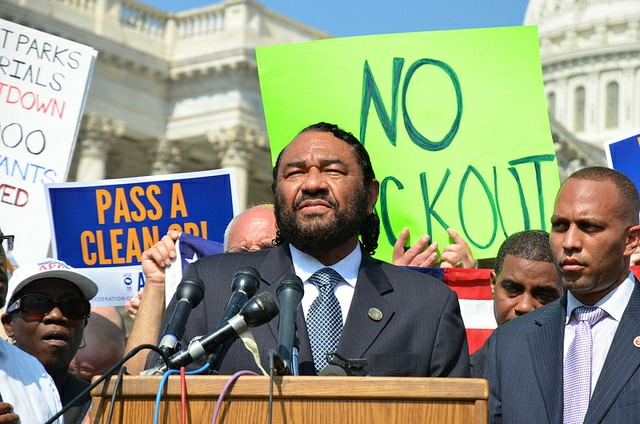 On October 1st, the government of the United States of America officially shut down. Wait, WHAT? It’s the biggest news of the week, and it requires a little explanation. So firstly, and most importantly, only non-essential services of the government have been shut down. That was a little unclear to me too, so I’ll elaborate with some examples. NASA is officially shut down – but the astronauts in the International Space Station are not going to run out of air, or crash – that is an essential service. So 3% of NASA’s 18,000 employees will continue to perform essential services. Similarly, the armed forces and medical workers will not go on leave. But most of the CIA, NSA, etc. will. The zoo, and national parks will be shut – but the animals will still be fed. However, all these essential workers will work the next few days until government returns to normal operation without pay – because the government doesn’t have any money to pay them with – more on that in a moment. The cost to the US economy is massive, estimated at over a billion dollars a day. So, why?
The reason for this entire collapse lies in the American style of government – which allows for a very unusual possibility – where one political party forms the government, while the other political party holds the majority in the House of Representatives. In very simple terms, that means one bunch of guys is governing the country, while their enemies hold a majority in the law-making body – their enemies make the laws. This kind of provision exists only in the US – imagine if the Congress was governing, but BJP had majority in Lok Sabha! What this in effect means is that it becomes difficult for the governing guys to make/pass any laws to help them govern because their enemies are the lawmakers. Something similar is happening in the US right now. Barrack Obama is the president, and the Democrats have formed the government, but the Republicans have a majority in the House of Representatives (their Lok Sabha). Like India’s financial year is from March to April, the American fiscal year is from October to September.

On October 1st every year a budget is passed by the House of Reps that approves the expenditure of the gov – the govt. tells what it wants to spend on – the lawmakers say what’s okay and what’s not – and give the govt. the approval to spend the money. But this October 1st the Republicans at the House of Reps said no to the budget – and the government was left without any approval to spend any money – they can’t pay salaries, debts, anything. Hence, the shutdown. Why the budget wasn’t passed is because of a fight between the 2 parties over ‘Obamacare’, Obama’s expensive plan to revolutionize healthcare in the US. A major portion of the plan was to be approved in the budget and begin operating from 1st, but the Republicans are against Obamacare – they think its too expensive.

What its trying to do is deliver health insurance to everybody – its first few reforms gave the poor and elderly state-funded health insurance, this next reform gives everyone else who doesn’t have insurance state-subsidised health insurance. That means the govt. pays part of everybody’s health insurance, and everybody has a health insurance. The Republicans didn’t like it, so they tried to negotiate a deal – delay Obamacare for a year – we’ll pass it in 2014 – if you bring it right now – we will fail the budget. The Democrats did not agree to postponing the most important reform of Obama’s presidency – they brought the bill anyway – and the disagreement of the two parties led to a stalemate. And so, on 1st October, no conclusion was reached – causing a late/failed budget and an embarrassing government shutdown. It’s the first time in 17 years that this has happened; but that also shows it has happened before – its not a crisis. Its more of an embarrassment at the world scale, and also an eye-opener, exposing the faults in US governance/politics. Oh, and check out nasa.gov – its pretty funny actually.

References: The Economist, BBC, The WSJ