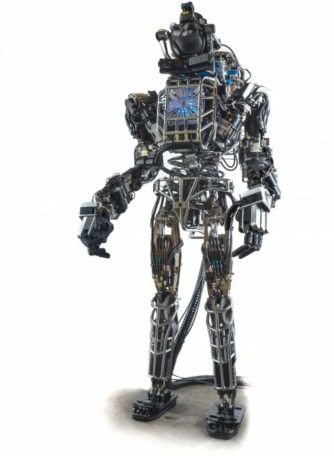 As Gary Bradski, artificial intelligence expert, puts it, “A new species, Robo Sapiens, are emerging.” He says it with reference to the just unveiled humanoid robot Atlas – who bears a scarily striking resem- blance to The Terminator – doesn’t he? But really, it extends to both these unbelievably advanced and extremely different artificially intelligent robots – one that began its part time job as a museum guide last week, as the other was launched as a superhuman support during disasters – with a possibility of military use later. One that is funded as a purely academic/scientific side project by Honda, while the other is funded by the US military’s Defence Advanced Research Projects Agency (DARPA) as a future super soldier investment.

Atlas was built by Boston Dynamics, and backed by DARPA, to be a human like substitute for humans in crisis or disaster, an improvement on its predecessor the Petman, and is as humanoid as any robot in the world, barring perhaps Asimo. It has 2 arms, 2 legs, a torso, a head, a real time computer, an impact impervious bodyand chemical proof suit, and can avoid obstacles/adapt to changes quite quickly. It will take part in the DARPA Robotics Challenge next year, which will test its worthiness in the field, while pitting it against other robots. It is being compared by DARPA officials to a 1-year old baby, whose capabilities and intelligence will slowly grow as it is developed.

But make no mistake, the clumsily large size and robotic bodybuilder looks show that the final aim is military, at least some of it is – especially the Pentagon backing. Although it must be said that some of the most life-changing inventions have begun as DARPA projects, the internet being the best example, the Atlas shows that robots will soon be replacing us in more ways than one.