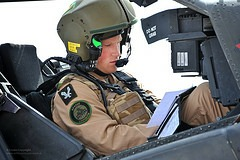 Prince Harry, the younger brother of Prince William, grandson of the British Queen, third in line to the British throne (after Charles and William) and decorated military officer, is going to the South Pole in aid of a charity initiative. The 29 year old royal has somewhere in his upbringing decided to be different and walk a somewhat more remarkable path than his fellows, he has surmised that the throne is in safe hands and he is free to take risks, be bold and even have more fun than other royals. He may also have inherited this spirited streak from his equally intrepid mother, Princess Diana. He was only 12 when she died in 1997.

He joined the regular British Army in 2005 at the age of 21 after finishing school from Eton (he did not go to college). He excelled at sports in school notably Rugby and Polo. In the army he has served for 8 years, he is known as “Captain Wales” or goes by the unusual nickname of “Ugly”! What is remarkable is that he has served two tours of active combat duty in Afghanistan – serving with soldiers as a regular soldier and flying Apache attack helicopters in forward areas (see pic). He does not wish to be treated like a royal and wants to be one of the people. In this he may have struck a chord with the 21st century population of his subjects, who are really tired of all the disconnected pomp and pageantry of hundreds of years ago (eg the daily changing of the guard at Buckingham Palace) and had really enjoyed Princess Diana’s humanity and vulnerable common touch in the 90s.

He is truly walking in her footsteps and if his 200 mile South Pole mission, the “Walking with the Wounded” expedition, succeeds, he will be the first royal ever to also be a full time explorer and adventurer.

References: Telegraph, The Guardian, The Sun.