How Raghuram Rajan Is Saving The Economy 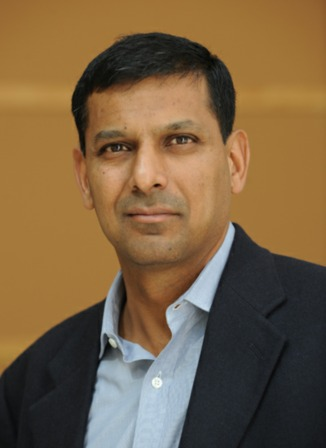 Notice that we speak of him saving the economy and not just the Rupee. This is because RBI’s recently appointed “Rockstar” governor Raghuram Rajan, whom we mentioned in our special issue last week is doing more than just solving the Rupee crisis – much, much more – and we will explain how. First things first – the falling value of the rupee in currency markets, which we reported on just 3 issues ago, seems to have reversed all of a sudden, as one dollar, which was worth 68 rupees a few weeks ago, is now worth just Rs 61 – a massive drop (or rather, rise, in the value of the Rupee).

The explanation for this miraculous escape is Mr. Rajan. The combination of his masterful handling of the situation, and his very appointment itself (and of course his handsomeness, according to one news source) has rescued the Rupee from the abyss. Immediately after his appointment, stock markets soared – before he had even done any- thing – because his appointment has, quite importantly, increased the confidence of the country in the RBI – him being a reputed economist and enterprising individual – and also because he has shown very good early signs of what he will do. But the best thing was the appreciation (value in- crease) of the Rupee that followed his appointment. So how did he do it – simple. He increased the supply of dollars in the economy, while decreasing their demand – using a collection of clever measures. Most of them are quite technical – but most importantly – he let people borrow from abroad and enabled dollars to come into the economy; and by giving dollars to the main buyers of dollars, oil companies, outside the market – he reduced demand. As we know for anything – when demand decreases and supply increases – price falls – so the price of the dollar fell – from 68 to 61 – and the rupee appreciated. This got everyone super-excited – stock market soaring, crisis solved, blah, blah, blah – but not Rajan.

In a move against all expectations, he brought everyone back to reality by increasing interest rates on Friday in his first major policy announcement, while catering to people’s hopes by increasing cash flow in the economy. Before you ask “what???”, let me explain. Everyone (media, economic analysts) thought that now that Rajan had solved the rupee problem he would relax the rates, and bring money into the economy to fuel economic growth – basically, lots of money means businessmen, investors, & important people party. But Rajan betrayed these expectations, and increased interest rates (rate at which banks lend to people when giving loan) to control inflation – disappointing the stock market and most people – but doing what is better for the economy. However, he did increase cash flow (amount of cash/money) in the economy which help businessmen and economic growth. And, rather cleverly, he waited for the American monetary policy announcement (next issue) before deciding what he would do – and he has decided to tackle inflation and rupee crisis, protect the economy from external shocks, but disappoint the greedy stock market. Kudos to you, Mr. Rajan.